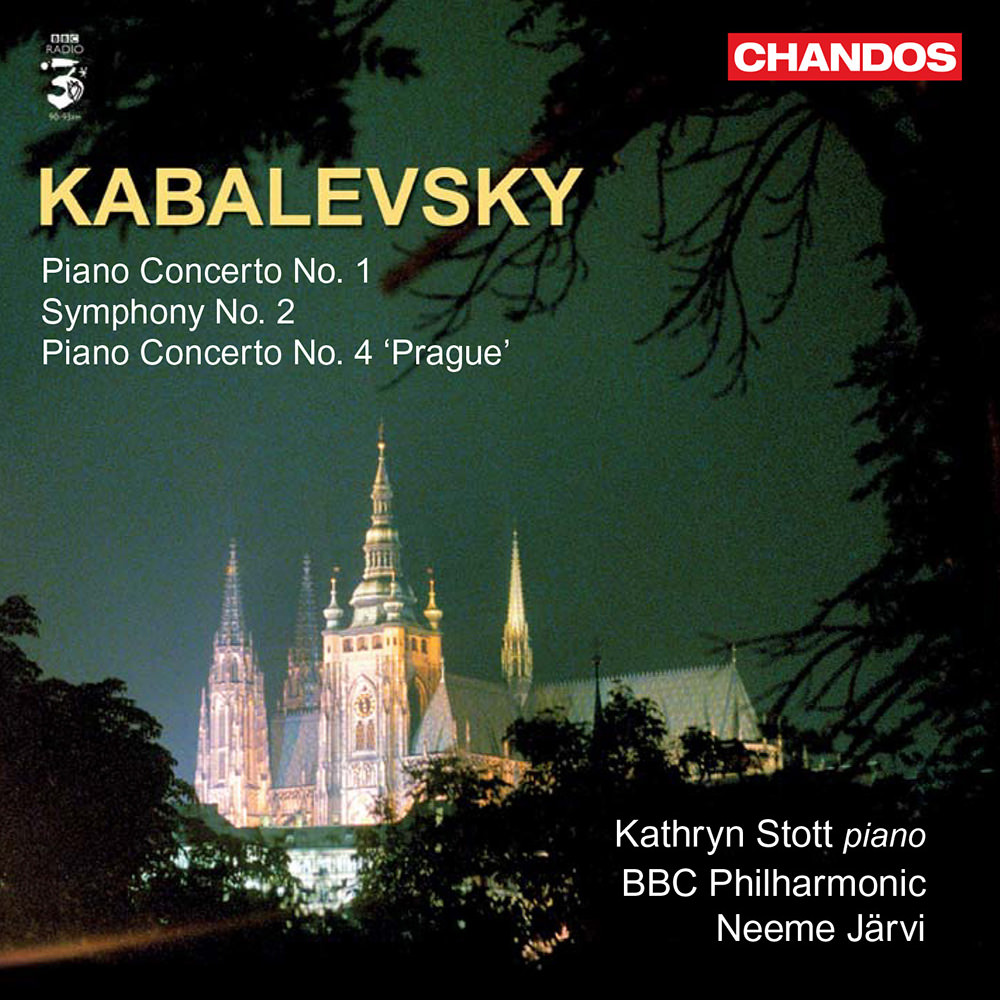 Available in 96 kHz / 24-bit AIFF, FLAC high resolution audio formats
“I barely finished my first playing of this CD before I began to covet its predecessor, on which Kathryn Stott (with conductor Vassily Sinaisky) plays Kabelevsky’s Second and Third Piano Concertos.” - International Record Review “Beautifully recorded and executed, the new Chandos disc is self-recommending for collectors of Soviet music and/or 20th-century piano concertos.” - Gramophone “This luxuriously recorded follow-up to Kathryn Stott’s fine 2003 coupling of the Second and Third concertos (CHAN 10052) broadens one’s appreciation still further of this most underrated of all Soviet composers… Stott plays both works with compelling flair and imagination, making light of their considerable technical demands.” - BBC Music Magazine “You can’t fault the performances: Kathryn Stott is phenomenal in both concertos, and it’s difficult not to be seduced by the swagger and panache that Neeme Järvi and the BBC Philharmonic bring to the Second Symphony as well. - The Guardian This release completes renowned pianist Kathryn Stott’s cycle of Kabalevsky’s piano concertos with Piano Concerto No. 1 in A Minor, Op. 9 and Piano Concerto No. 4, Op. 19, “Prague”, along with the composer’s Symphony No. 2 in C minor, Op. 19. Known for his works for children and his efforts in music education under the Soviet regime, Kabalevsky’s orchestral works are lyrical and dramatic, perfect fare for Stott’s glittering pianistic style and expertly accompanied by Neeme Järvi with the BBC Philharmonic Orchestra.
96 kHz / 24-bit PCM – Chandos Studio Masters