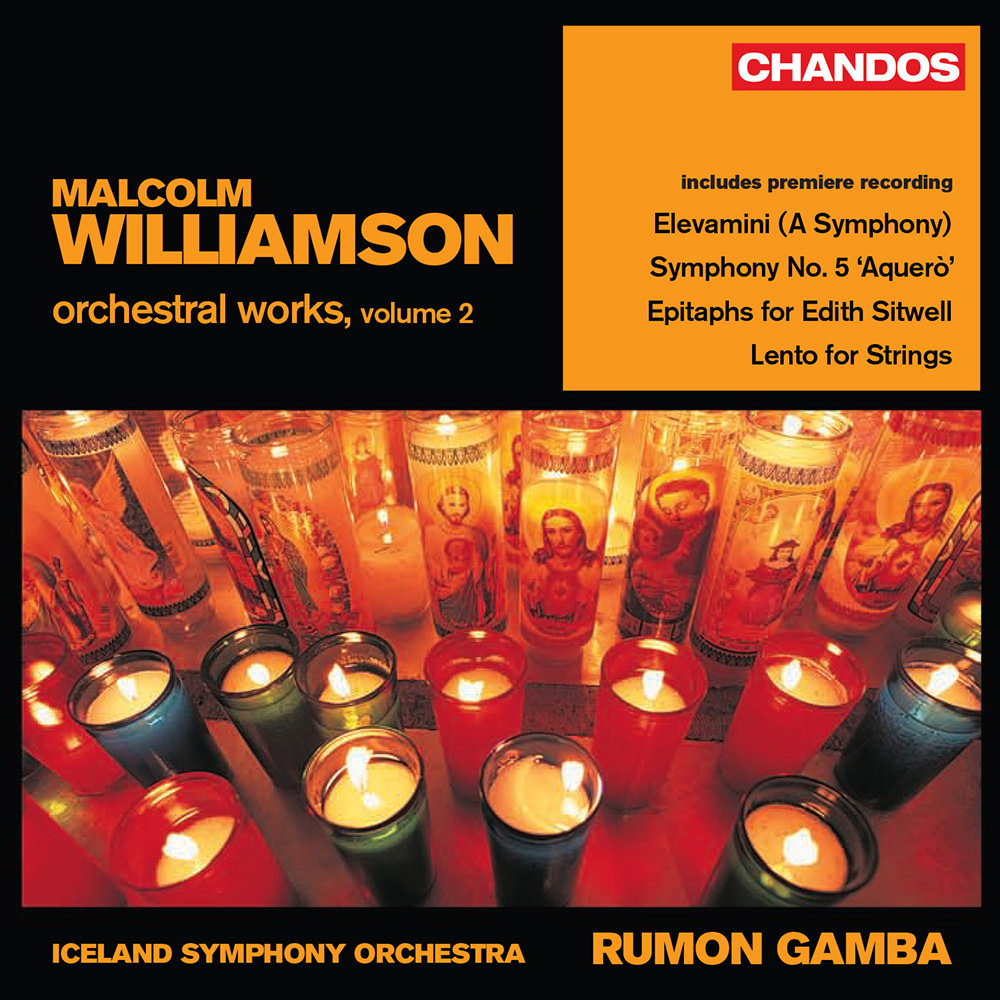 Available in 96 kHz / 24-bit AIFF, FLAC high resolution audio formats
“Rumon Gamba maintains the devoted advocacy he demonstrated in volume 1, and his Iceland Symphony Orchestra copes manfully with Williamson’s often tricky choral writing. The strings are impressive in the Solemn Epitaphs for Edith Sitwell and the melodious Lento, which sounds like an offcut from a disc of light music in this rather austere context.” - BBC Music Magazine “Gamba, who is the Iceland Symphony’s music director, elicits glowing as well as dramatic readings that will undoubtedly help to renew Williamson’s currently marginalized standing. A deeply sustaining release which fills out another important facet of 20th-century English repertoire.” - Fanfare “The four works recorded here once again demonstrate that the talented Sydney-born Williamson ill deserved the critical cold-shouldering he had to endure during the last two decades of his life.” - Gramophone “Rumon Gamba’s direction of the Iceland Symphony is superb, as is the shape and conviction of all these interpretations. The sound is vibrant and clear.” - American Record Guide Australian composer and former Master of the Queens Music Malcom Williamson was neglected until relatively recently, making this release a welcome addition to his recorded works. Including Williamson’s programmatic Symphony No. 5, “Aquero” and the intense Symphony No. 1, “Elevamini”, English conductor Rumon Gamba and the Iceland Symphony Orchestra’s performances are engaging and nuanced.
96 kHz / 24-bit PCM – Chandos Studio Masters