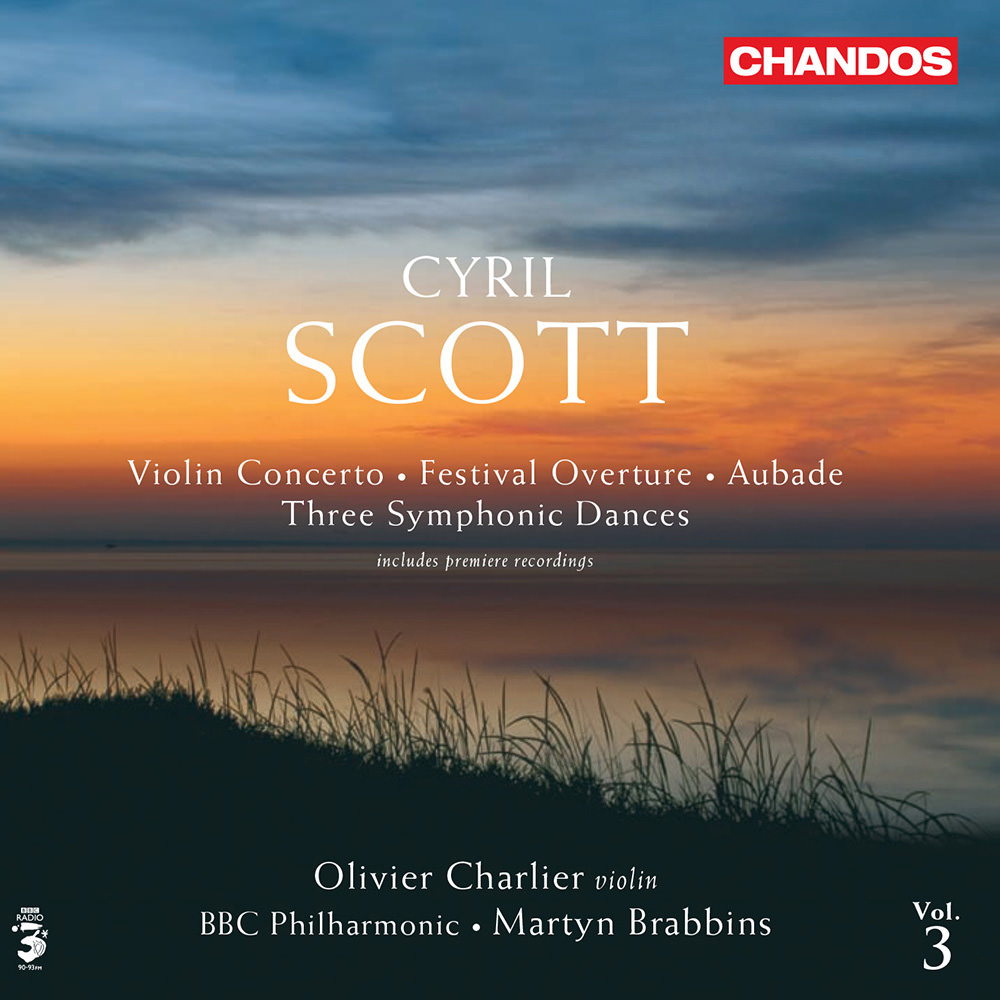 Available in 96 kHz / 24-bit AIFF, FLAC high resolution audio formats
“Scott's Violin Concerto (c1925) inhabits some of the same territory as the Delius a decade earlier. Both composers employ a rhapsodic continuity based on melodic arabesque coloured by luscious chords... Scott's command of the orchestra still sounds astonishing - no wonder film composers such as Bernard Herrmann admired him decades later. These are again fine performance and recordings.” - Gramophone “the latest instalment from Chandos continues to acquaint us with sadly unfamiliar delights - especially Scott's one-movement Violin Concerto, forgotten since the 1920s. A fascinating work very much of its time, its idiom hints perhaps at Delius, but parallels with early Bartók and the Szymanowski seem more apposite; Olivier Charlier is an eloquent soloist.” - BBC Music Magazine "If anything, Martyn Brabbins seems to have acquired the measure of his music even more convincingly that his two previous recordings of the Third and Fourth Symphonies. Violin soloist Olivier Charlier offers a very penetrating account of the concerto’s non-virtuosic subtleties. And what can one add in praise of Chandos’ state-of-the-art sonics?… this disc is worth engaging and revisiting many times over." - Fanfare "For anyone so far unfamiliar with Scott’s music, this current issue would be an ideal place to start. The performances seem exemplary, the superb BBC Philharmonic convinced and convincing under Martyn Brabbins’s expert guidance. The recording quality is equally top-drawer in its focus and space and in faithfully capturing every detail, subtlety and dynamic." - International Record Review English composer Cyril Scott had an eclectic and dynamic style which continuously evolved throughout his career. His music was largely neglected after his death in 1970, but receives a fresh breath of life in this release from the BBC Philharmonic Orchestra with conductor Martyn Brabbins, which presents a varied programme including the Violin Concerto (featuring the renowned Olivier Charlier) and the lush 3 Symphonic Dances, Op. 22.
96 kHz / 24-bit PCM – Chandos Studio Masters