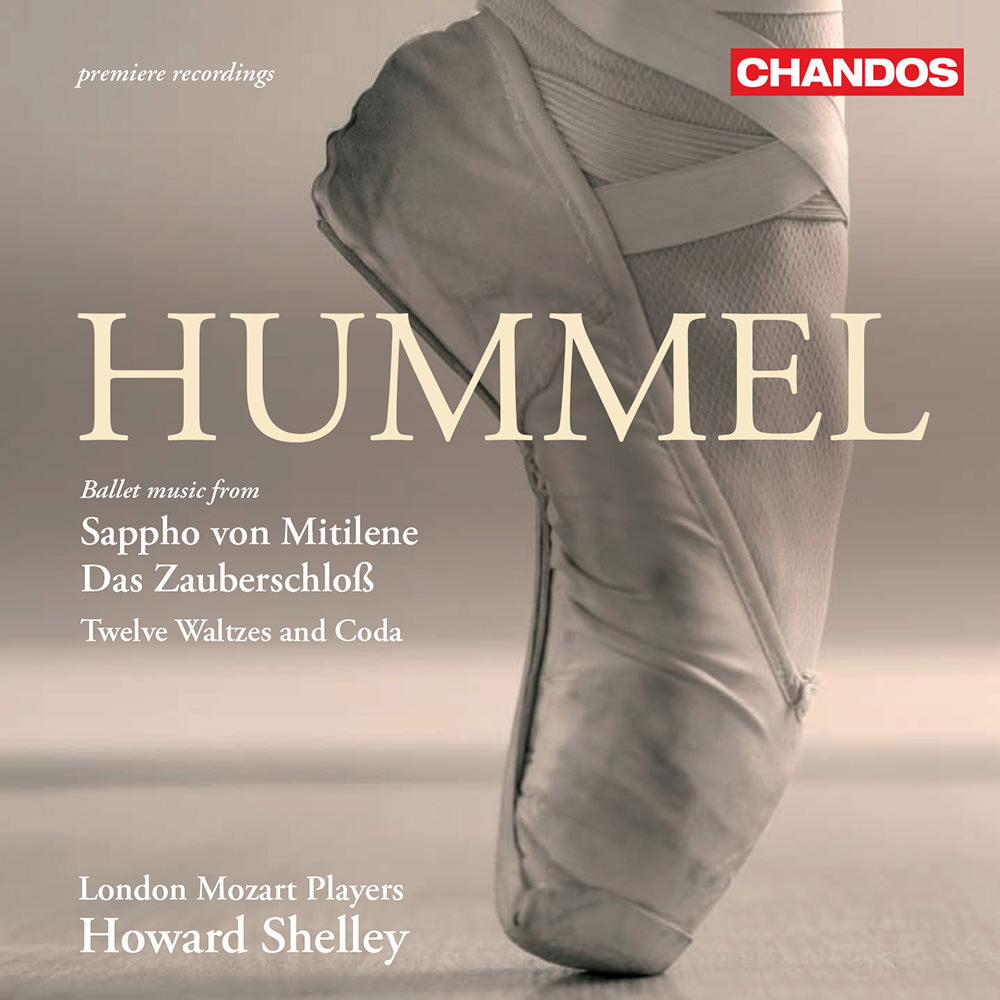 “Hummel is shown in a new light in these premiere recordings. Shelley lends his usual classy touch to these attractive works.”
- Classic FM Magazine

“Howard Shelley’s light touch, fresh and colourful orchestral playing, and excellent recording, make this very well worth hearing on its own account, not simply as a rediscovered rarity.”
- BBC Music Magazine

“For the most part the music is pastoral and engaging, with plenty of opportunities for orchestral contributions. Cheerfully urged on by Howard Shelley, the London Mozart Players rise to these occasions with relish, and the Chandos recording is careful to keep them lucid but still within an orchestral balance.”
- International Record Review

Featuring suites of Hummel's scores for the ballets Sappho von Mitilene and Das Zauberschloß, as well as the 12 Waltzes and Coda, this is a refreshing and lively release from Howard Shelly and the London Mozart Players. Primarily remembered as a virtuoso pianist today, Hummel's theatrical and dance works are less widely known, making this a unique and delightful recording.
96 kHz / 24-bit PCM – Chandos Studio Masters