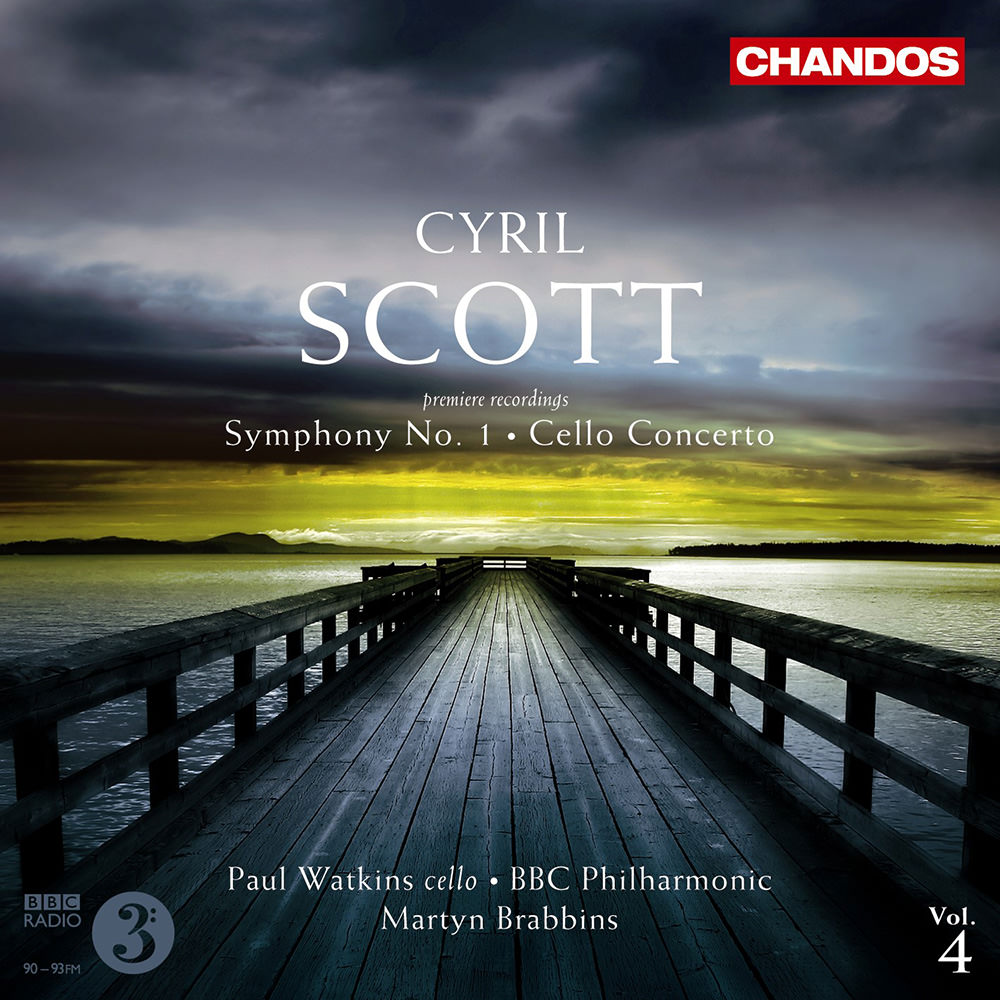 Available in 96 kHz / 24-bit AIFF, FLAC high resolution audio formats
“Chandos brings more lost British music back to life with this instantly enjoyable, well-recorded disc. Scott’s First Symphony of 1899 is beguilingly tuneful. But the main prize is the 1937 Cello Concerto... Watkins’s keening tone is a delight, and the BBC Philharmonic , under Martyn Brabbins, bask in Scott's iridescent harmonies. Prepare for long singing lines, oriental tinges, and a wistful, mystical haze.” - The Times “Paul Watkins is an eloquent soloist and Martyn Brabbins directs taut but sympathetic performances.” - BBC Music Magazine “Every note is clear, his tone is beautiful, and he never stops singing. The orchestral playing is exemplary in both works, as is the leadership of conductor Brabbins.” - American Record Guide Cyril Scott was an English composer who trained in Frankfurt during the 1890s alongside British-Australian Percy Grainger whose works have been neglected since the composer's death in 1970. This release from Martyn Brabbins and the BBC Philharmonic Orchestra sees Scott's mesmerizing Cello Concerto performed by soloist Paul Watkins alongside an arrangement of the Symphony No. 1 in G Major, two works which draw on the emotiveness of the late Romantic era but experiment with the fresh sonorities of the early 20th century.
96 kHz / 24-bit PCM – Chandos Studio Masters