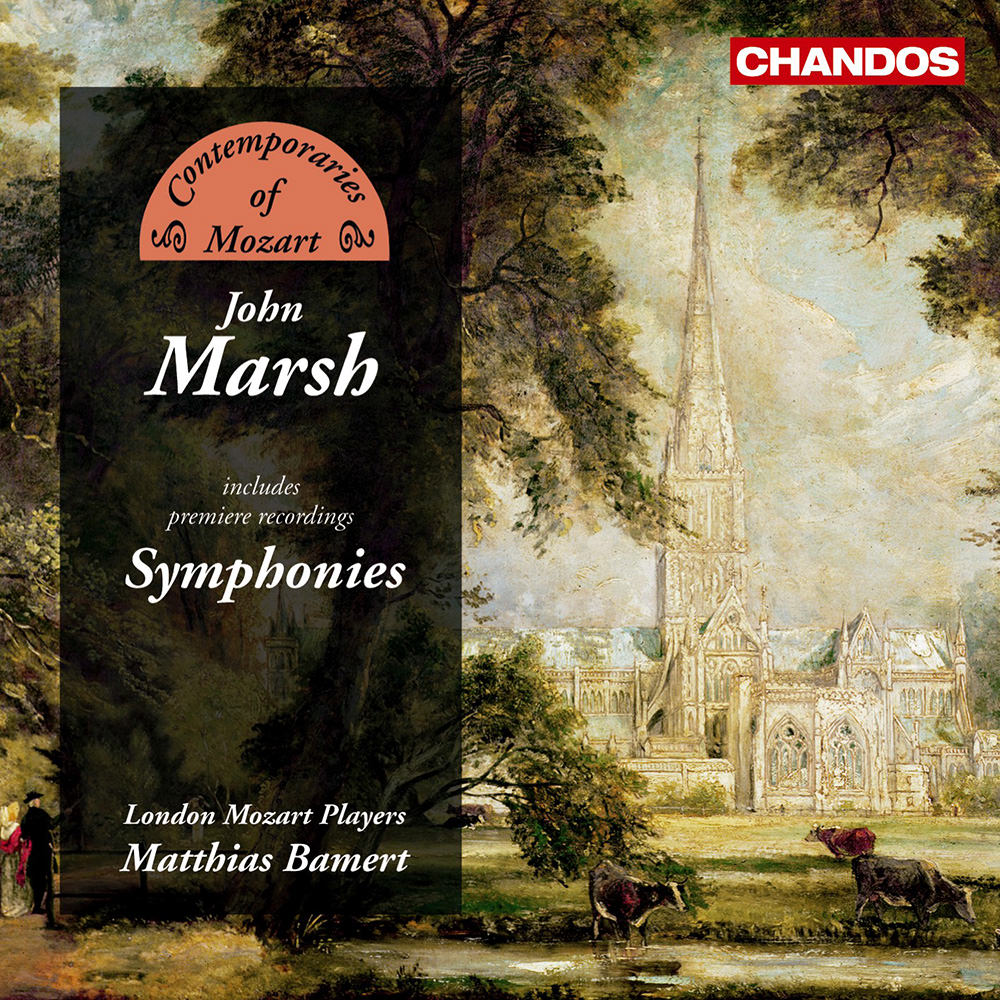 Available in 96 kHz / 24-bit AIFF, FLAC high resolution audio formats
“this music radiates the optimistic and hedonistic spirit of the age, and the polished London Mozart Players have never sounded as though they are having so much fun. Utterly irresistible, and guaranteed to put a spring in your step, put the colour back in your cheeks and blow the winter cobwebs away.” - International Record Review “As always in this series, the London Mozart Players under Matthais Bamert provide impeccably stylish performances.” - BBC Music Magazine “One who hasn’t heard Marsh’s work before will surely be impressed by this. The playing is as fine as one could wish, and the Chandos recording – and notes – are both superb.” - American Record Guide Despite being denied a musical education in his early years, the 18th-century English lawyer John Marsh became a prolific composer, as well as an impresario and music commentator. This release from the London Mozart Players and Matthias Bamert—part of their Contemporaries of Mozart series—sees five of Marsh's lively, fresh, and lyrical symphonies brought to life, including his homage to Haydn, the Symphony No. 6 in D Major.
96 kHz / 24-bit PCM – Chandos Studio Masters