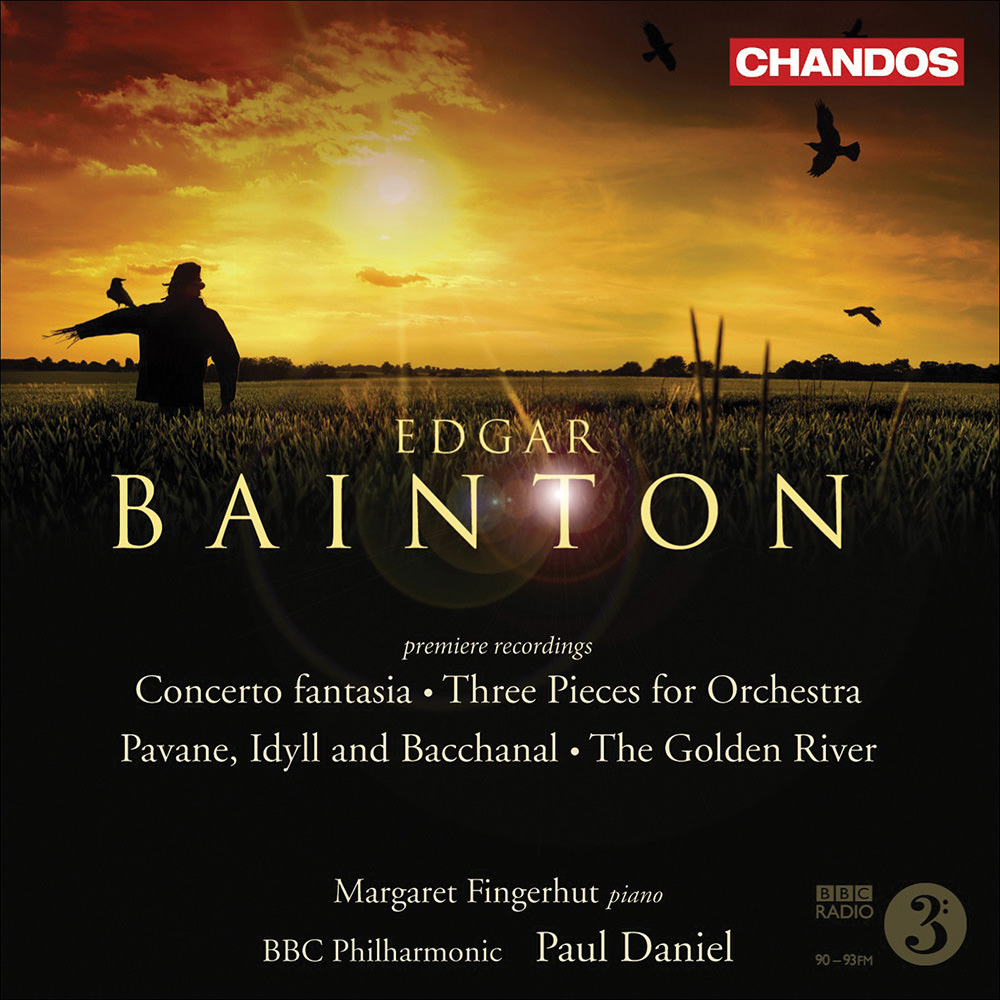 Available in 96 kHz / 24-bit AIFF, FLAC high resolution audio formats
“The BBC Philharmonic is fully alive to the colouristic demands of each work, notably in the sharply accented string writing of the Bacchanal and the rich, constantly shifting orchestral textures of the elegy.” - Fanfare “Margaret Fingerhut’s limpid pianism proves tailor-made for such gorgeously lyrical tenderly poetic and subtly integrated offering, which bids farewell in the sunset glow of a somewhat Baxian epilogue... The BBC Philharmonic under the sympathetic baton of Paul Daniel seem to enjoy the experience, and the engineering is as ripe and accommodating as we have come to expect from Chandos.” - Gramophone “Nothing here is less than superbly crafted and orchestrated, and excellently performed.” - International Record Review This collection of world premiere recordings presents four works by early 20th-century English-Australian composer Edgar Bainton. Performed by conductor Paul Daniel and the BBC Philharmonic Orchestra, this release features the charming and evocative orchestral works 3 pieces, Pavane, Idyll and Bacchanal and The Golden River, Op. 16 along with the Concerto fantasia for piano and orchestra, written while Bainton was interred in a German prisoner of war camp during the First World War, and which is expertly performed by pianist Margaret Fingerhut.
96 kHz / 24-bit PCM – Chandos Studio Masters