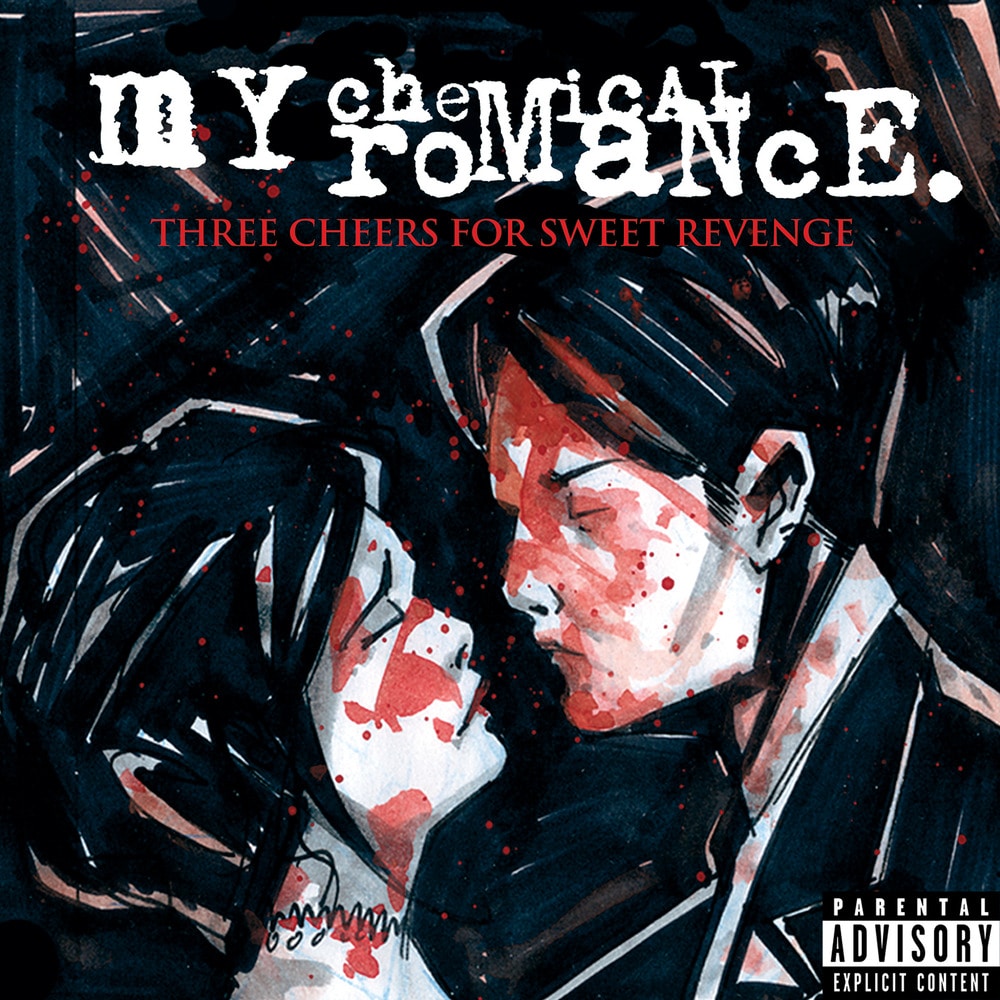 Available in MQA and 88.2 kHz / 24-bit AIFF, FLAC high resolution audio formats
Three Cheers for Sweet Revenge is the second studio album by American rock band My Chemical Romance, released on June 8, 2004 by Reprise Records. With this album, the band produced a cleaner sound than that of their 2002 debut I Brought You My Bullets, You Brought Me Your Love. It was the band's final release to feature drummer Matt Pelissier, who would later be replaced by Bob Bryar. Gerard Way, the lead singer of the band, who also designed its artwork, has described the album as a "pseudo-conceptual horror story", stating that it is "the story of a man and a woman who are separated by death in a gunfight and he goes to hell only to realize by the devil telling him that she's still alive. The devil says he can be with her again if he brings the devil the souls of a thousand evil men and the man agrees to do it, and so the devil hands him a gun. That was the idea behind the concept, the record ended up being much more about loss and real life than anything, so I would say it's a good split."
88.2 kHz / 24-bit PCM – Reprise Studio Masters