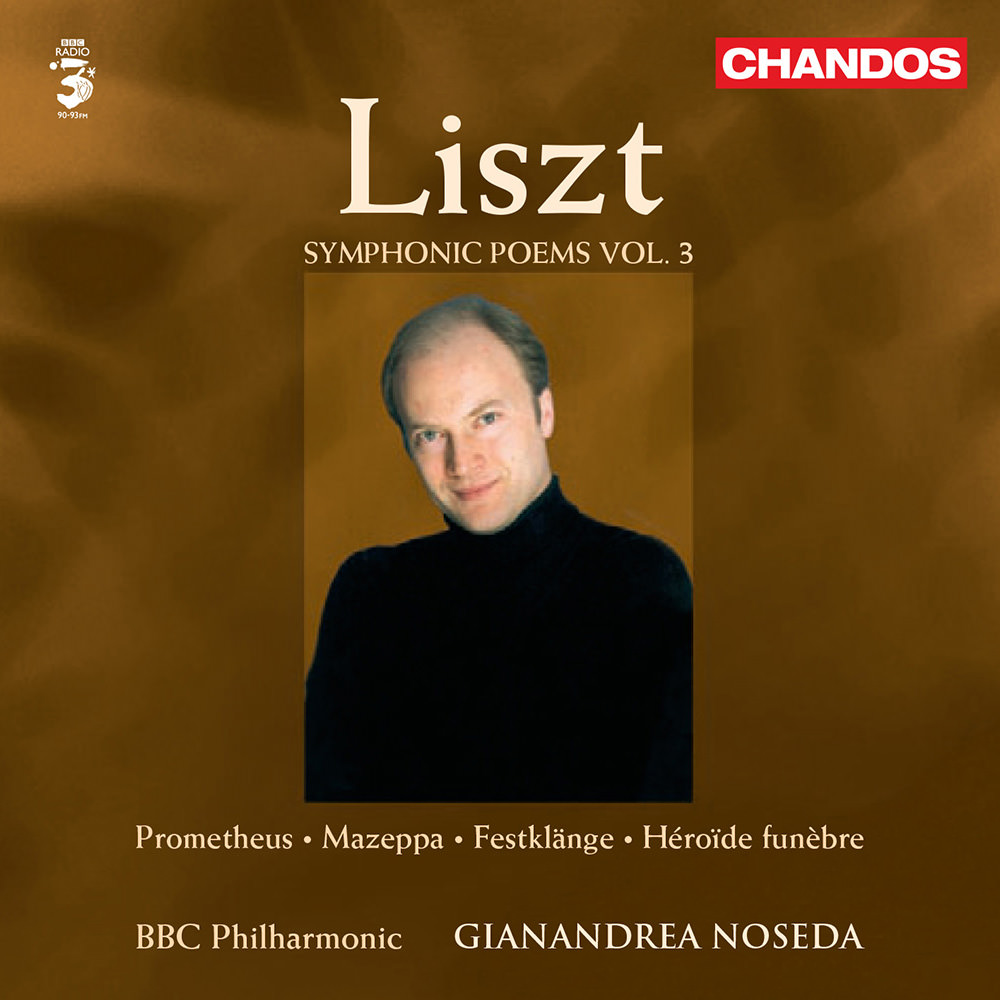 Available in 96 kHz / 24-bit AIFF, FLAC high resolution audio formats
“Mazeppa is the most familiar of these works, and Noseda gives it a rousing performance – it’s that sort of piece with a lot of overblown bombast and driving rhythms. The recording is what we’ve come to expect from this orchestra and label, with good separation, and a real sense of space.” - BBC Music Magazine “it says much for the BBC Philharmonic under Gianandrea Noseda that they once more temper drama with discretion. They achieve a special sense of exultance rather than bombast in Festklänge… and they are no less successful in the vast spans of the Héroïde funèbre… Fluent and eloquent as ever, Noseda and his orchestra have once more been superbly recorded.” - Gramophone “Both Bernard Haitink and Kurt Masur have previously flown the flag for Liszt’s genius in this genre, but this recording – Chandos sound at its most lively and enveloping – beats them hands down.” - The Telegraph “This emotional rollercoaster of a disc forms the third instalment of Gianandrea Noseda’s monumental survey of Liszt’s orchestral music... Noseda does wonders with it…” - The Guardian “Gripping performance…” - Classic FM Magazine The first composer to use the term ‘symphonic poem’ (Symphonische Dichtung) to refer to a piece, Liszt's pioneering works in this genre had a significant influence on later generations of composers. This recording from the BBC Philharmonic Orchestra and Gianandrea Noseda presents performances of Mazeppa, Héroïde funèbre, Prometheus and Festklänge, making for a colourful third instalment in this multi-release series.
96 kHz / 24-bit PCM – Chandos Studio Masters