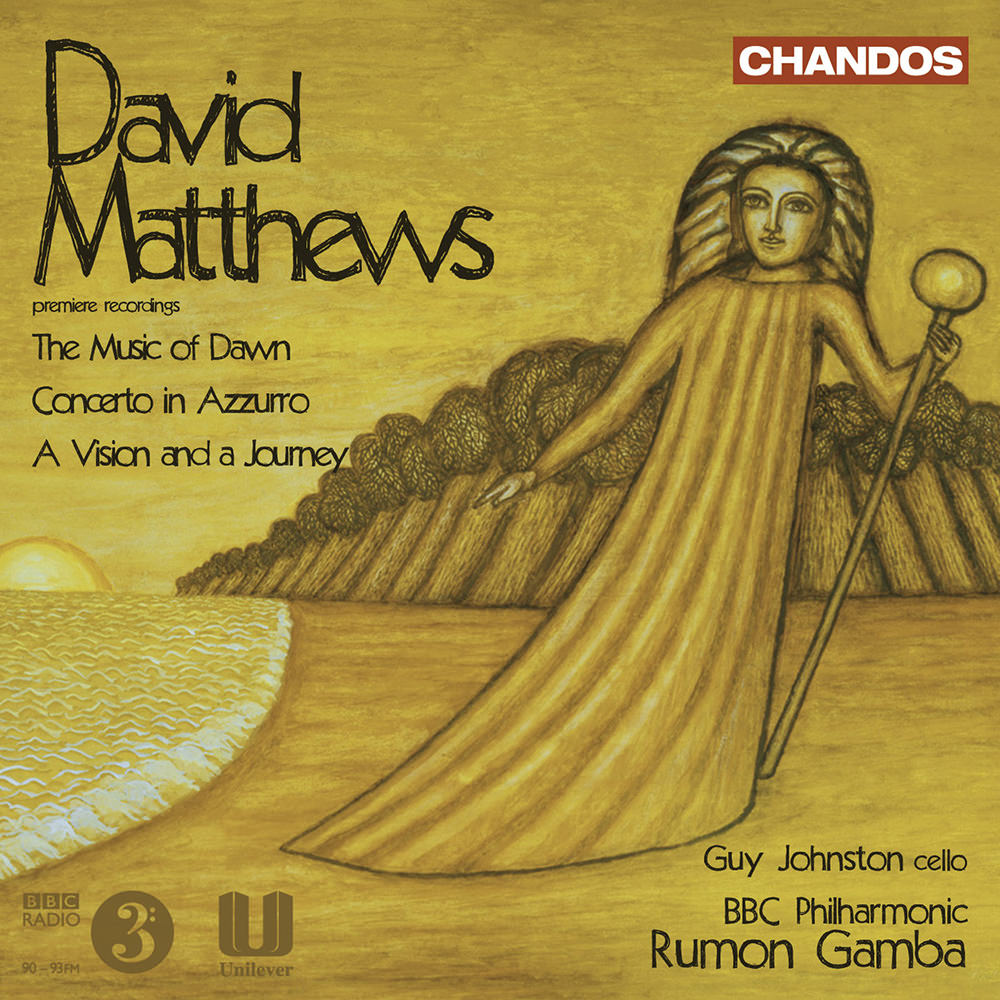 David Matthews: The Music of Dawn - Concerto in Azzurro - A Vision and a Journey

Available in 96 kHz / 24-bit AIFF, FLAC high resolution audio formats
“A welcome disc shines light on David Matthews's rhapsodic, fantastic music. Guy Johnston is a technically immaculate soloist, while Ruman Gamba with the BBC Philharmonic are excellent throughout in first-rate recordings.” - Gramophone Magazine “The music speaks so directly and involving that you're caught up in it from the start. … A Vision and a Journey lives up to its title impressively: taking Sibelius as an inspiration… was clearly no bad thing. Strong persuasive performances, especially from Guy Johnston in the Concerto, are caught in exemplary sound.” - BBC Music Magazine “The lyricism shines out and one is instantly aware that this is music by a composer who is very much a part of the great English tradition.” - Guardian The BBC Philharmonic Orchestra and Rumon Gamba collect together three orchestral works by British composer David Matthews on this release that were either inspired by or conjure up land and seascapes. The Music of Dawn was prompted by a Cecil Collins painting and time the composer spent on the coast of Cornwall, the cello work Concerto in Azzurro was inspired by Lundy Island in the Bristol Channel, while A Vision and a Journey evokes a picture of moving across a landscape, images that the Philharmonic and Gamba, with cellist Guy Johnston, paint masterfully.
96 kHz / 24-bit PCM – Chandos Studio Masters