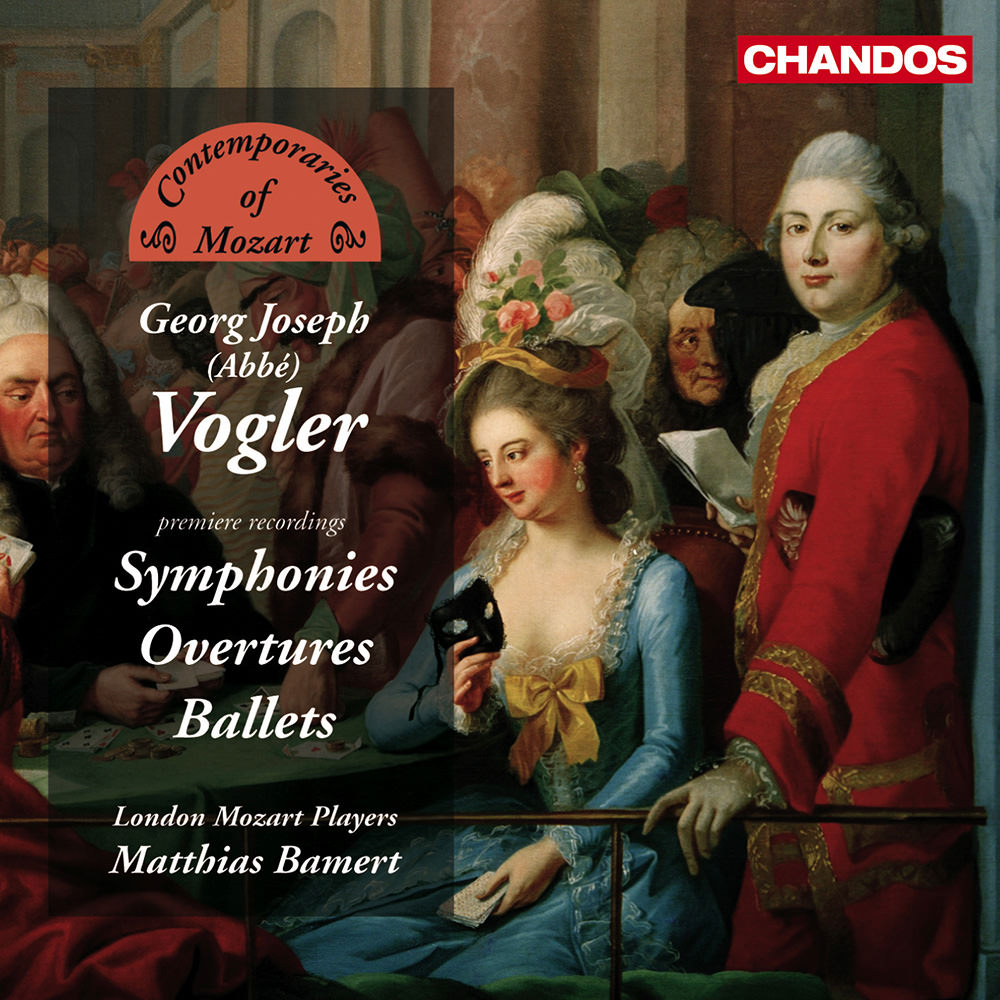 Available in 96 kHz / 24-bit AIFF, FLAC high resolution audio formats
"The London Mozart Players grant Vogler the honour of a robust but well balanced sound complimented by clear textures and well defined contrasts." - Gramophone "Here's the bottom line: if you're interested in some really worthy, totally unknown music of the Classical period, then you need to hear this. Matthias Bamert and the London Mozart Players turn in performances that are as lively and colourful as the music." ClassicsToday.com On this installment in the Contemporaries of Mozart series, Matthias Bamert and the London Mozart Players explore works by German composer George Joseph Vogler. Also known as Abbé Vogler, he was idealized in Robert Browning’s poem Abt Vogler, with its subtitle "After he has been extemporizing upon the musical instrument of his invention." In his own day, Vogler was indeed famous for his improvisations, but he's enjoyed little renown as a composer until now. The popular and long-running Contemporaries of Mozart series, lavishly praised for its high standards of musicianship and recording, has introduced a wealth of undeservedly neglected music to the public.
96 kHz / 24-bit PCM – Chandos Studio Masters