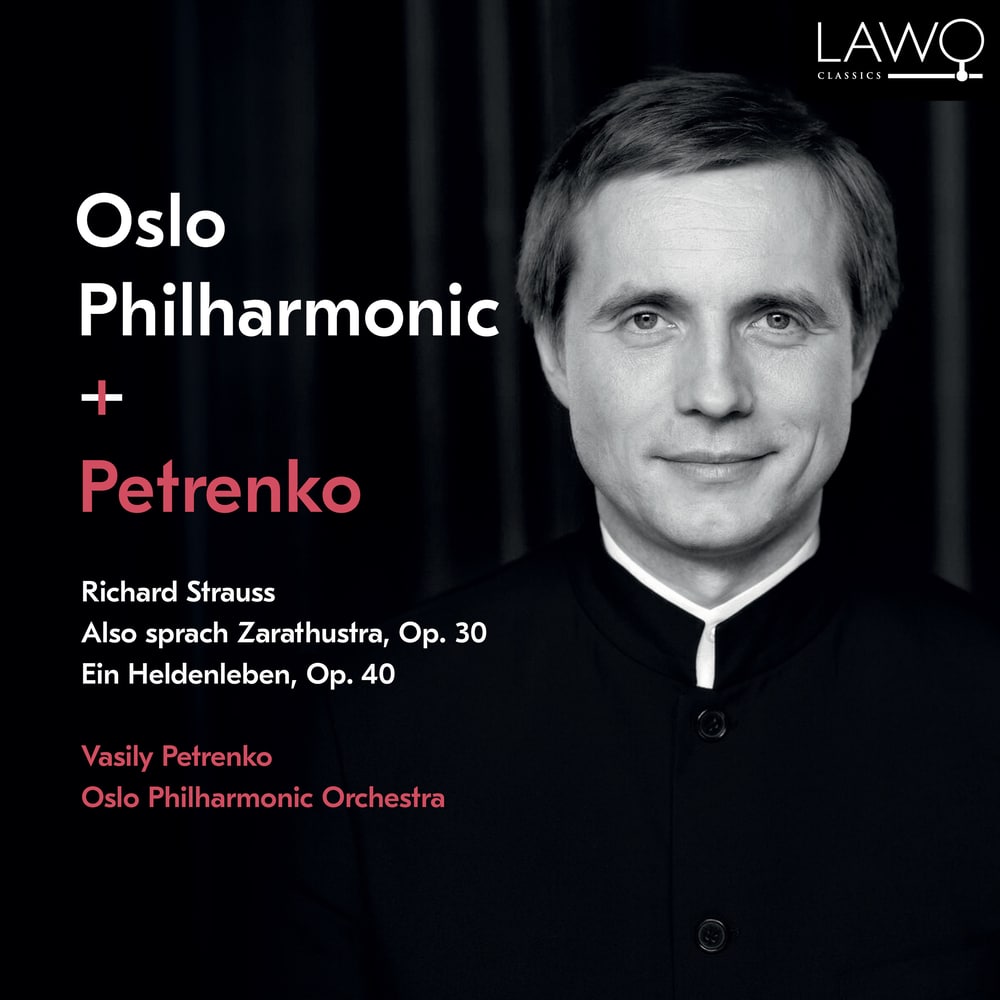 Available in 96 kHz / 24-bit AIFF, FLAC high resolution audio formats
The Oslo Philharmonic and Vasily Petrenko present the first release in a series of recordings of Richard Strauss' orchestral music. On this CD, the listener is presented with the monumental tone poems "Also Sprach Zarathustra" and "Ein Heldenleben". Vasily Petrenko, who has been the orchestra's chief conductor since 2013, takes full advantage of the distinctive intensity of the orchestra's playing style in the performance of this exciting and virtuoso music. Vasily Petrenko is one of the most significant musicians of today, and he has won much praise and won awards for his recordings of the Russian repertoire, among others. With the Oslo Philharmonic, he has recorded works by Shostakovich, Szymanowski, Strauss and Prokofiev, as well as a large, new cycle of orchestral works by Aleksandr Skrjabin. The Oslo Philharmonic saw the light of day in 1919, and during the next half a century the orchestra's reputation grew steadily. In 1979, Mariss took Janson's conductor stake, and under his leadership, OFO reached its full potential as a worthy competitor to the major Philharmonic orchestras in Vienna, Berlin and New York.
96 kHz / 24-bit PCM – Lawo Classics Studio Masters