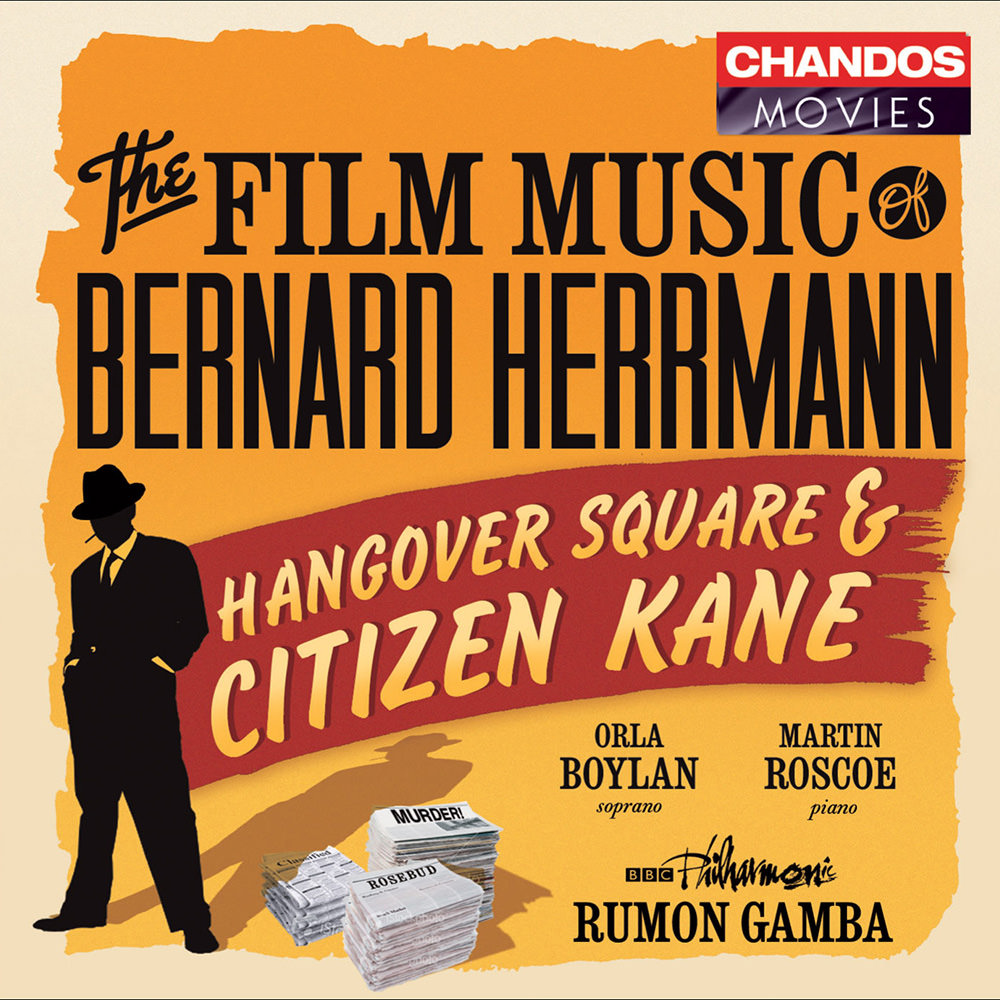 Available in 96 kHz / 24-bit AIFF, FLAC high resolution audio formats
"... very well played and in excellent sound ... Herrmann fans will be delighted to have an extended chunk of his music from film noir Hangover Square ..." - ClassicsToday.com "... very generously timed and magnificently performed and recorded ... a red letter event for the Herrmann literature ... a compelling purchase for Herrmann fans and even for neophytes ... recorded with aching clarity ... Chandos once again notch up a lavish production in every single aspect." - MusicWeb International Brilliant as both a conductor and composer, Academy Award winner and multiple nominee Bernard Herrmann was arguably the most innovative film composer from the 1940s to the 1970s. Especially recognized for his work with Alfred Hitchcock, Herrmann composed music for 47 feature films including cinema classics Citizen Kane, Psycho and Taxi Driver. On this recording, Rumon Gamba conducts the BBC Philharmonic Orchestra, joined by guest pianist Martin Roscoe on the Concerto macabre from Hangover Square and soprano Orla Boylan on Citizen Kane.
96 kHz / 24-bit PCM – Chandos Studio Masters