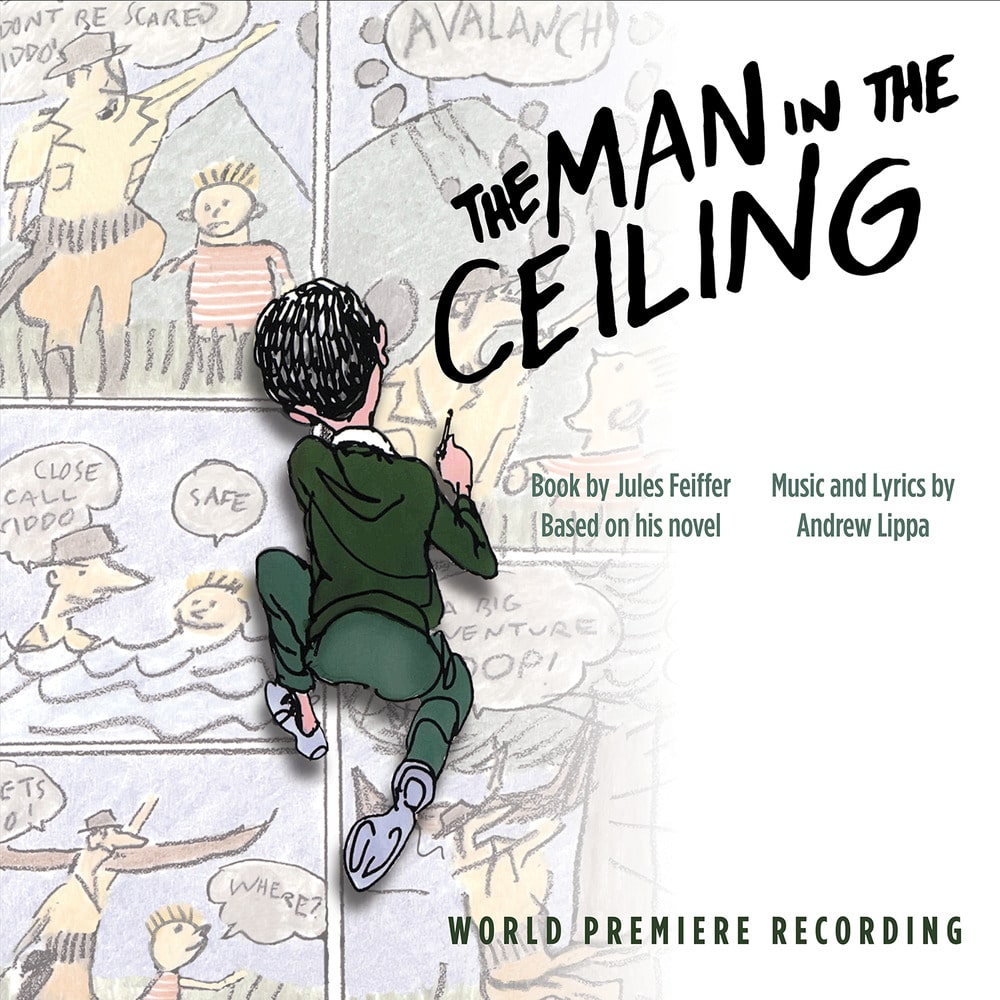 The Man in the Ceiling (World Premiere Recording)

Andrew Lippa's new musical, The Man in the Ceiling is about Jimmy Jibbett, a boy cartoonist. A hopeless aptitude if you listen to his father, who wants Jimmy to play ball like a real boy. You'd think his mother would stick up for him, but she's too busy, running here, there, everywhere. Besides she's got her brother Lester to worry about. He writes musicals, but he can't come up with a love song. So Jimmy's only true support becomes the comics characters he invents until, one day, he discovers way up on the ceiling, something new and surprising that will change him and his family.

This recording represents the world premiere of the musical with original cast at the Bay Street Theatre - with music and lyrics by Andrew Lippa, book by Jules Feiffer, and under the direction of Jeffrey Seller, producer of Hamilton.
48 kHz / 24-bit PCM – Ghostlight Records Studio Masters