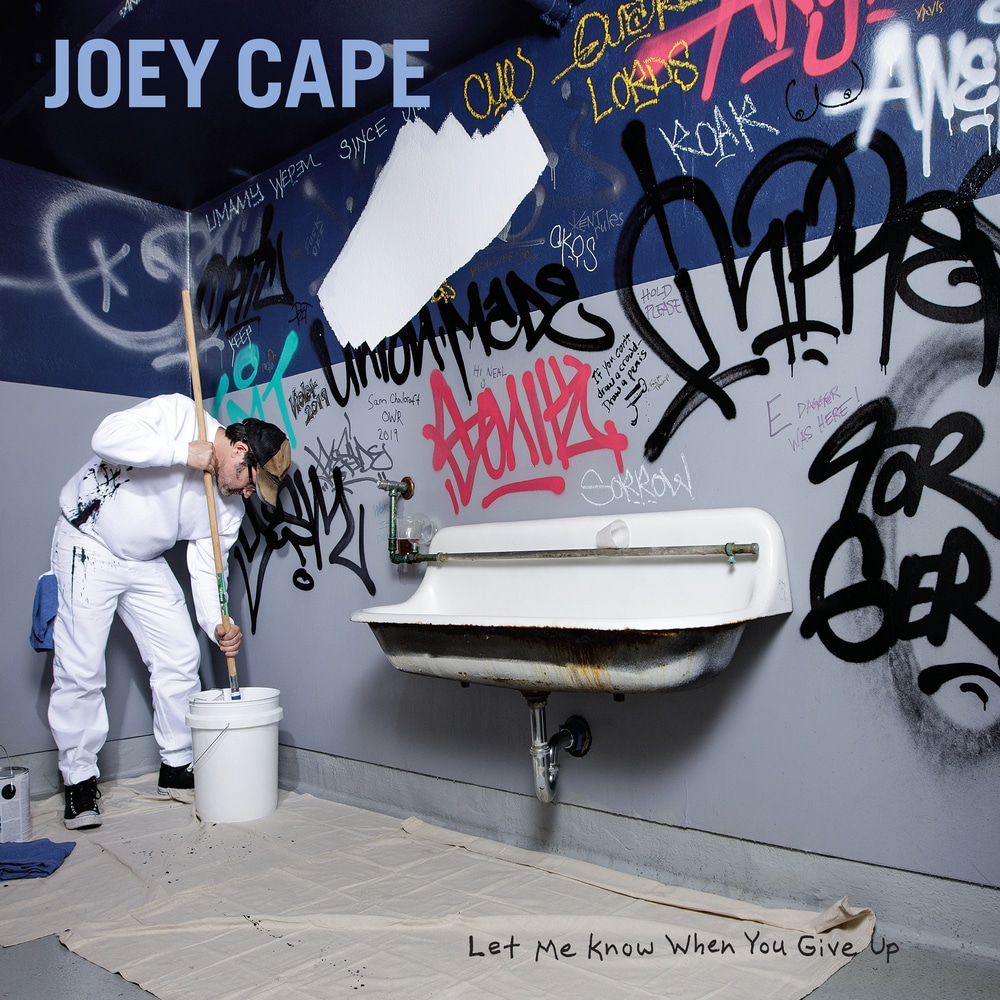 Let Me Know When You Give Up

Available in 48 kHz / 24-bit AIFF, FLAC audio formats
Joey Cape doesn’t want to call it an epiphany, but in recent years he’s come to a realization about life – specifically, the best way to live it. It’s a simple philosophy: even though we’re living in very troubled times, it’s important to not get bogged down by it all. That doesn’t mean you have to disengage with everything, but one’s survival and, by proxy, happiness both depend on being able to let go of everything a little bit. As he incorporated that mindset into his day-to-day life, it also got absorbed into the music he was making, and serves as the crux of Cape’s new solo album, Let Me Know When You Give Up. While the title itself might sound like it has negative connotations, its intention and purpose is anything but. “If that sentence represents any philosophical sea change for me. It was a matter of electing Trump and, for many years before that feeling less and less hope for humanity and people. A number of things occurred to me throughout the last decade of my life, and I think the culmination was things like Brexit and Trump and a lot of these nationalist parties that are coming about in the world right now. People are becoming more and more terrified. I travel all the time for work and I see this everywhere in the world and I don’t like the way things are evolving. But the idea behind the title was more hopeful than negative. The phrase just came out of me at some point – I just said it, but what I meant was more like, ‘Hey – let me know when you give up and we’ll go grab a beer and talk about pizza!’” - Joey Cape
48 kHz / 24-bit PCM – Fat Wreck Chords Studio Masters