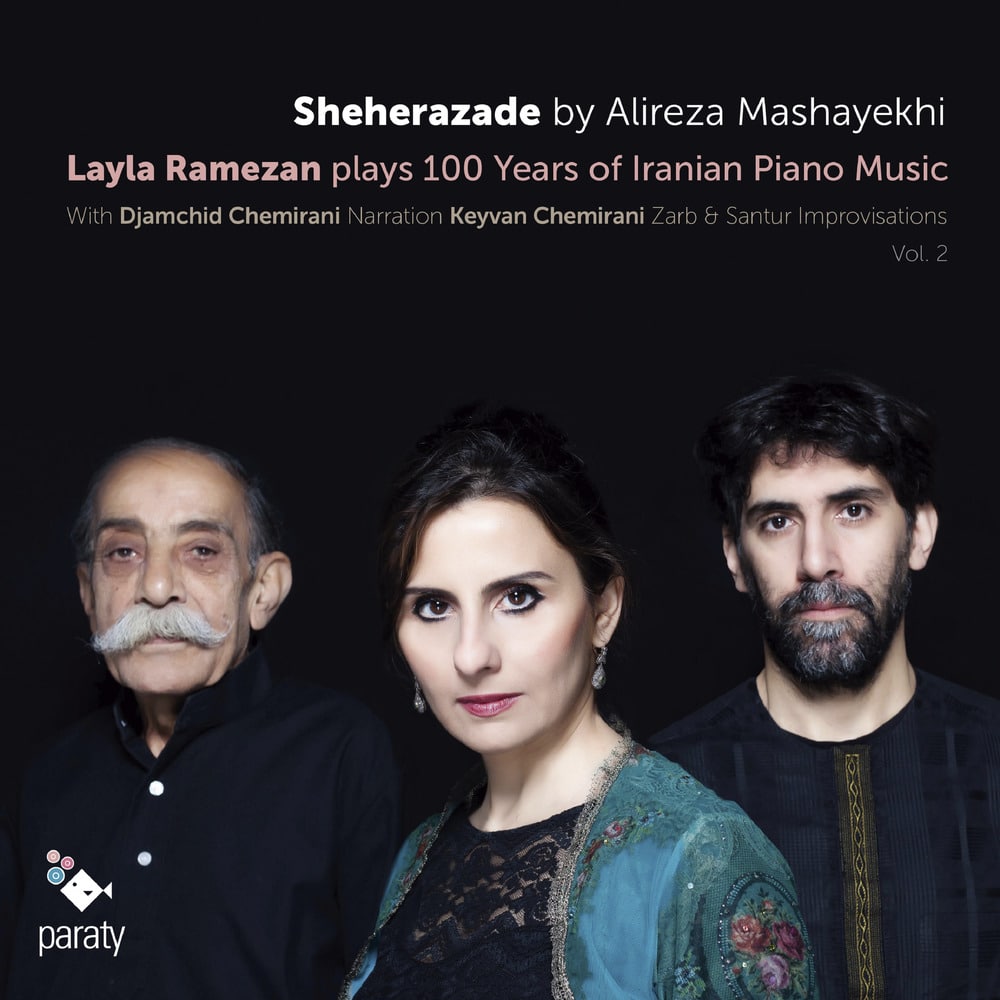 When we consider urban Iranian music of the 20th century, the piano is unquestionably one of the most culturally influential actors and symbols. The piano first appeared in Iran as a gift from Napoleon III, to the court of King Fath’Ali Shah (Qajar dynasty, 1797–1834). It was then progressively incorporated by the master court musicians of Nassereddin Shah (Qajar, 1848–1896); the process took a mere 50 years.

Sheherazade : At certain moments in this collection, the music reaches the threshold of atonality, that is, writing which takes us out of the Iranian space of the music. Mashayekhi originally conceived of the work in five sections, but he ultimately composed Sheherazade in nine. He has written it in such a way that it can be performed in concert by a soloist or accompanied by an Opera libretto, linking the scenes in parallel with the reciter’s dialogue. In these sections, themes appear dressed in various colors, depending on the different encounters throughout the piece.

These diverse encounters play a part in the piece’s unity, yet they also reflect the composer’s philosophical thinking about the variety of the discourse, according to the moments of dialogue with the person who is addressed. In other words, he shows us how to impress the listener through various means, so that we can enjoy a listening experience that is greater than the sum of its parts.
96 kHz / 24-bit PCM – Paraty Studio Masters