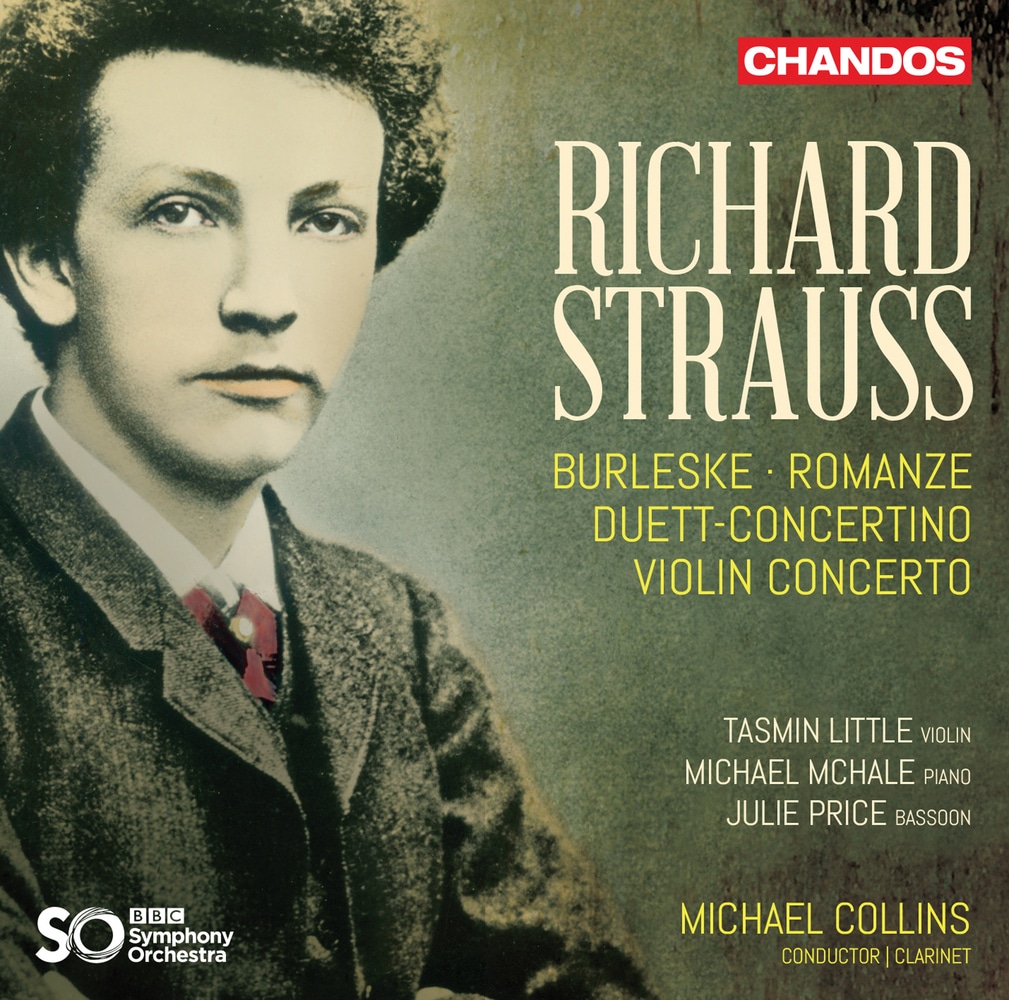 Available in 48 kHz / 24-bit AIFF, FLAC audio formats
Written when Strauss was only fifteen, the Romanze is his first attempt at writing for a soloist and orchestra. The influence of Mozart’s piano concertos, which Strauss was studying at the time, is apparent, not least in the writing for solo clarinet and the orchestral bassoon – instruments favoured by Mozart, and re-visited by Strauss in his final instrumental work, the Duett-Concertino from 1947. Like others of his late compositions, this work seems to reject the full-blown expressionism for which we know Strauss best, and reflects a more neoclassical style and sound world. Another early work, the Violin Concerto, was first performed in 1882, and demonstrates Strauss’s growing technical skill and developing compositional voice. Despite continued performances in both Germany and England, Strauss ultimately came to distance himself from a piece which he presumably regarded as unrepresentative of his mature style. Many commentators on the works of Strauss have felt that the Burleske was a significant turning point in his development, seemingly pointing the way ahead to the technical dexterity and emotional palette of his later tone poems. Originally written for Strauss’s mentor in Dresden, Hans von Bülow, the work was premiered by Eugen d’Albert in 1890, following von Bülow’s rejection of the work as too difficult to learn.
48 kHz / 24-bit PCM – Chandos Studio Masters