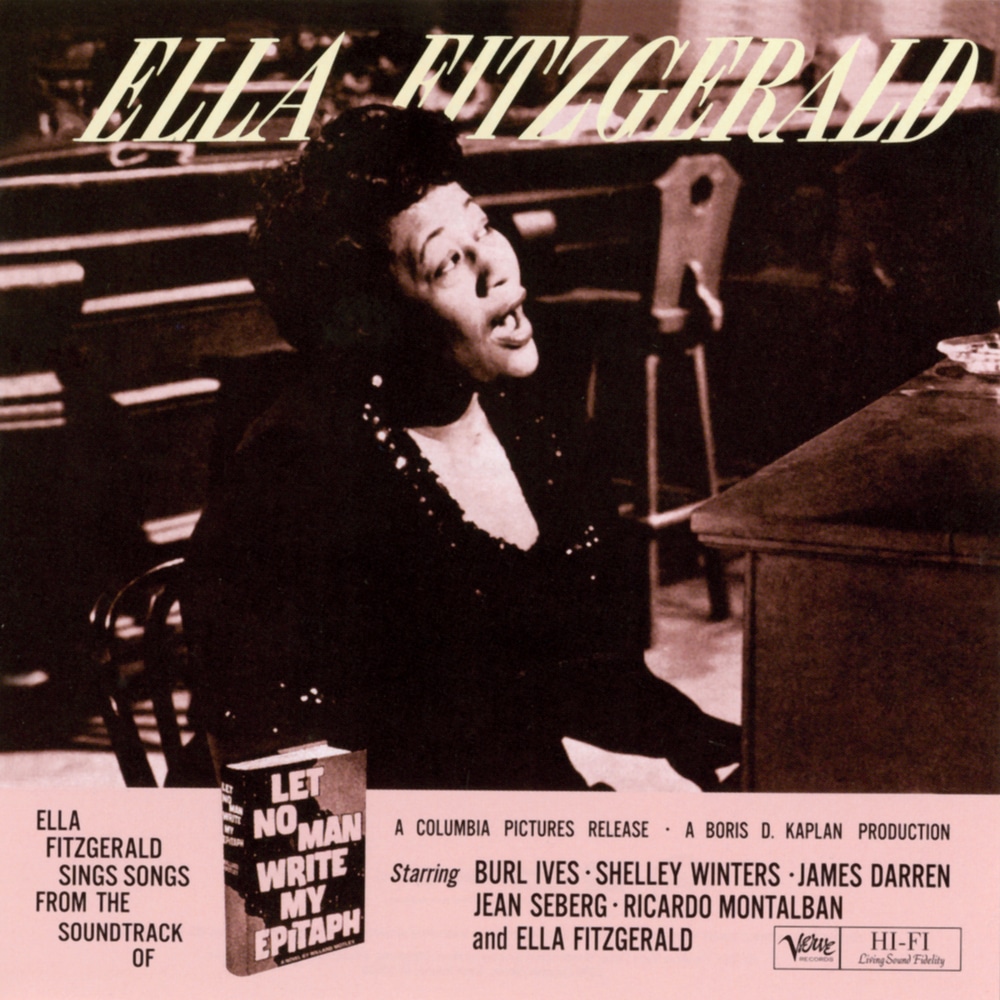 Let No Man Write My Epitaph

Available in 192 kHz / 24-bit, 96 kHz / 24-bit AIFF, FLAC high resolution audio formats
"... capture(s) her voice in peak form ..." - Jazz.com "... Fitzgerald's voice never sounded richer or more radiantly beautiful than on this collection of songs about loss, regret and revenge. Ella often cited Angel Eyes as one of her favorite songs, and she never sang it better than on this record." - All About Jazz "... a great collection of classics interpreted by one of the finest singers of all time ... the stereo balance is outstanding. Smith’s piano is crisp and full of texture ... the lead instrument (Fitzgerald’s voice) is captured with warmth and pristine detail ... this is another landmark recording of an American institution." - Audiophile Audition Ella Fitzgerald appeared as a drug-addicted musician in the 1960 film Let No Man Write My Epitath which starred Burl Ives and Shelley Winters. Although the film was panned by critics, the songs Fitzgerald performed in the movie are considered some of the finest and most emotional of her career. This album includes the songs from the soundtrack and others that didn't make it, all performed as duets with pianist Paul Smith. Fitzgerald interprets these standards with deep emotion, often melancholy, befitting the themes of the songs. This album was previously released on CD under the title The Intimate Ella.
192 kHz / 24-bit, 96 kHz / 24-bit PCM – Verve Reissues Studio Masters