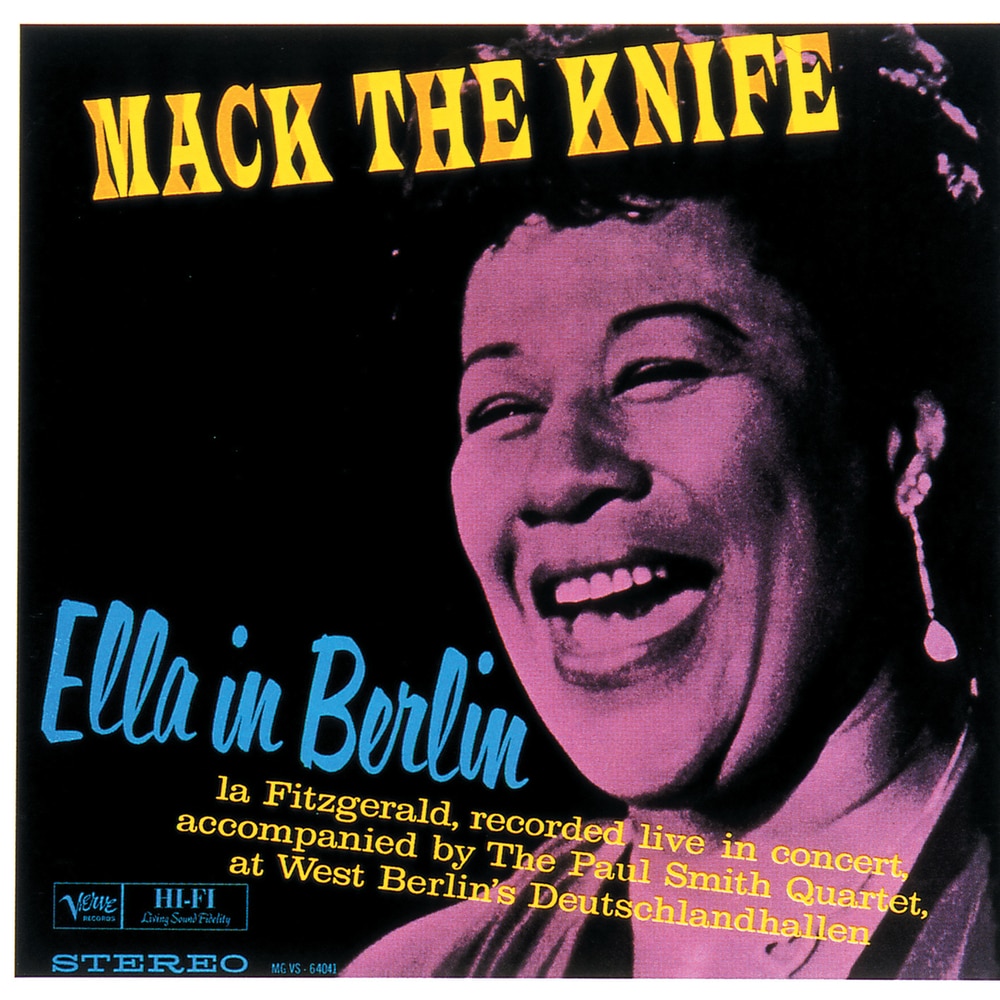 Available in 192 kHz / 24-bit, 96 kHz / 24-bit AIFF, FLAC high resolution audio formats
Grammy Award - Best Vocal Performance Album, Female, 1961 Grammy Award - Best Vocal Performance Single Record or Track, Female, 1961 - Mack The Knife "Ella's most famous live album. While her unforgettable memory lapse on Mack The Knife remains a classic moment, the balance of the CD more than holds it own. Fitzgerald propels the swingers forward with irresistible force and caresses several beautiful ballads with her inimitable voice. Capping off the evening: an improvisational tour de force on How High The Moon." - All About Jazz "... one of her finest live albums ... there is an exuberance and joy in this performance that is infectious and compelling, a side of Ella seldom displayed in the recording studio ... there is a powerful sense of swing in her vocal line, almost overwhelming in its power, yet part of the charm of the piece is when she forgets the lyrics and, completely unfazed, improvises new ones on the spot ... a superb example of her thinking on her feet." - Jazz.com Recorded live in Berlin in 1960, this celebrated historical document captures Ella Fitzgerald at her peak and garnered two Grammy Awards, including one for her famous improvised version of Mack The Knife after she forgot most of the lyrics. The album has been inducted in the Grammy Hall of Fame to recognize its significance.
192 kHz / 24-bit, 96 kHz / 24-bit PCM – Verve Reissues Studio Masters