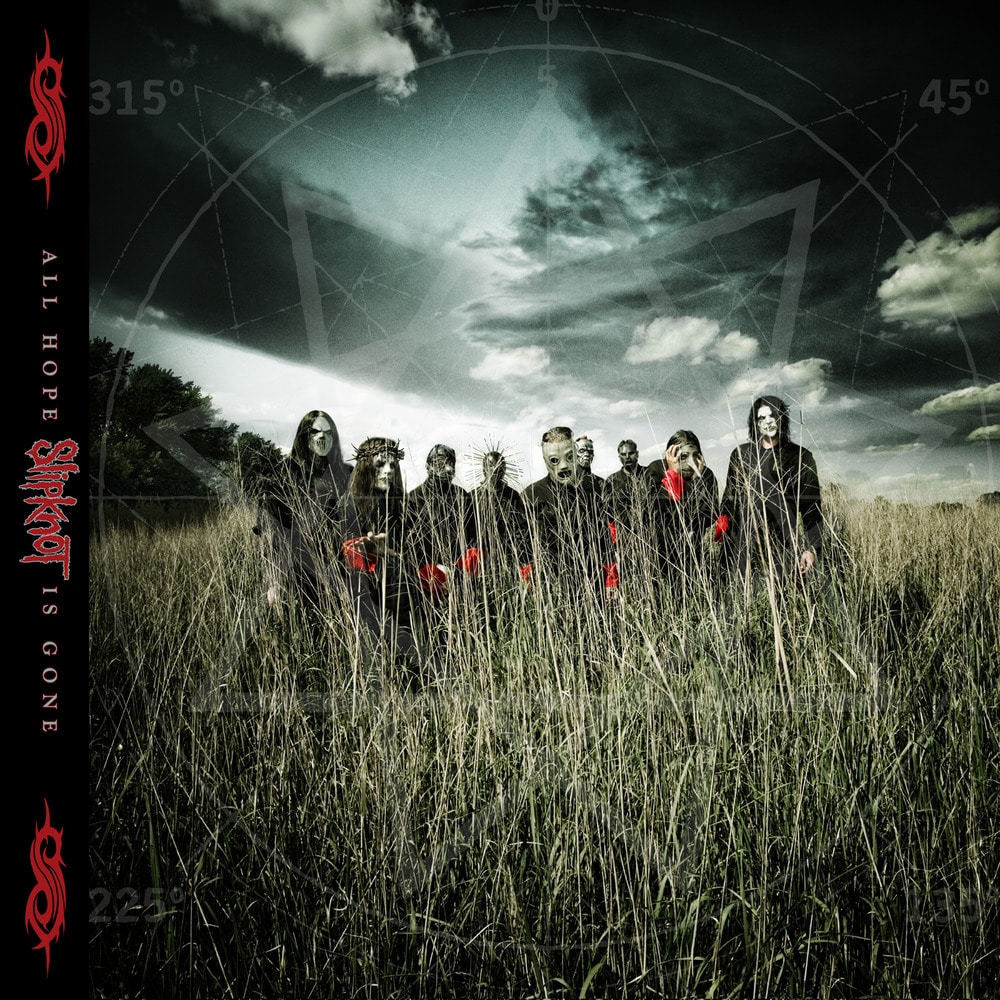 All Hope Is Gone

All Hope Is Gone is the fourth studio album by American heavy metal band Slipknot. Preparation for the album began in 2007, while recording started in February 2008 in the band's home state of Iowa.

All Hope Is Gone is considered the band's most eclectic-sounding album, incorporating elements from their previous three. The album shows Slipknot completely abandoning the nu metal genre, moving to a groove metal style. Songs such as the opening track "Gematria (The Killing Name)" and the title track espouse the band's more brutal, death metal-influenced edge, reminiscent of songs such as "(sic)" from their debut self-titled album; slow burning, "trippy" elements such as "Gehenna", reminiscent of "Skin Ticket" from their second album Iowa; and more tragic, sentimental tracks such as "Dead Memories" and "Snuff".