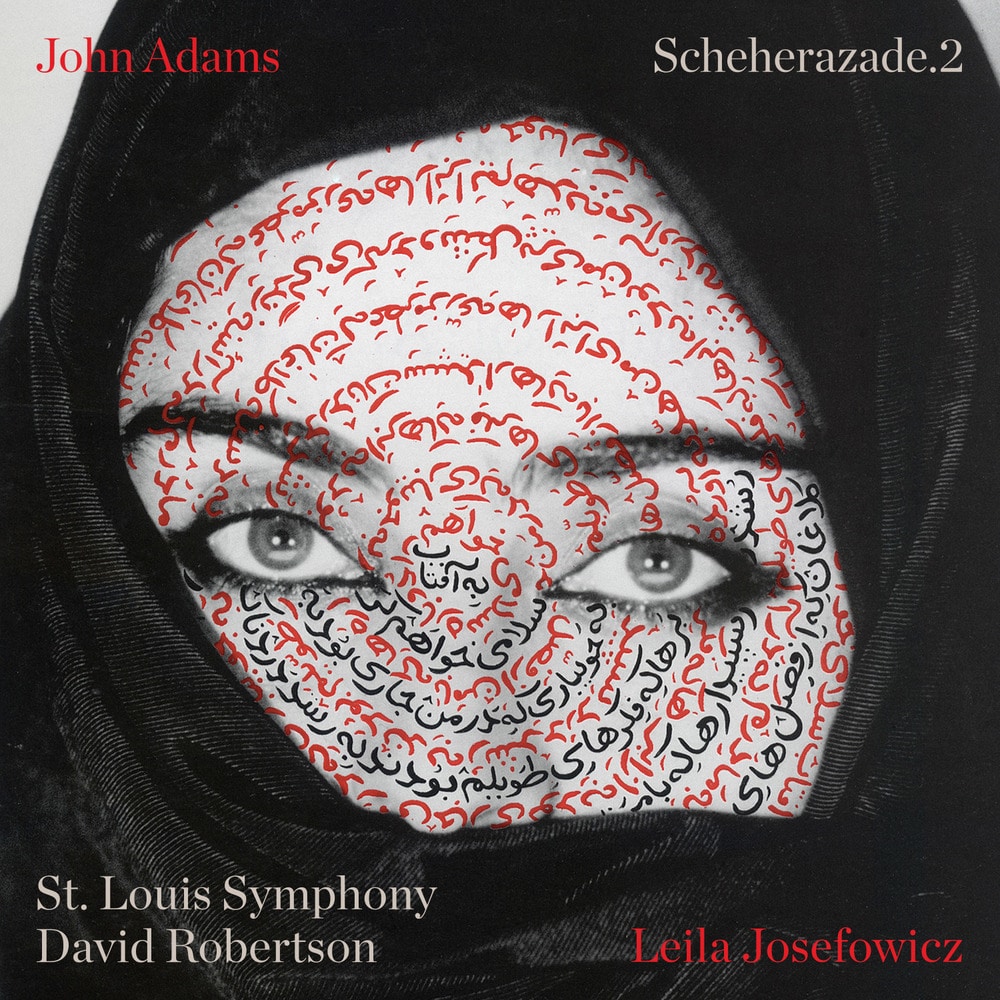 Available in MQA and 96 kHz / 24-bit AIFF, FLAC high resolution audio formats
Nonesuch Records releases John Adams's Scheherazade.2. The 50-minute work, which the composer, borrowing a term from Berlioz, calls a "dramatic symphony," was written for the violinist Leila Josefowicz, who has played it with leading orchestras around the world since its 2015 premiere by the New York Philharmonic. The Nonesuch recording was made during February 2016 performances by the St. Louis Symphony led by Music Director David Robertson; Chester Englander is the cimbalom soloist. The composer was inspired by an exhibition at Paris's Institute du Monde Arabe that included the history and evolution of the "Arabian Nights" folk tales and was particularly struck by the story of Scheherazade. This led him to imagine a modern day Scheherazade, an "empowered, liberated spirit embodied in the multifaceted solo violin role." As he says in his liner note, "The casual brutality toward women that lies at the base of many of these tales prodded me to think about the many images of women oppressed or abused or violated that we see today in the news on a daily basis.
96 kHz / 24-bit PCM – Nonesuch Studio Masters