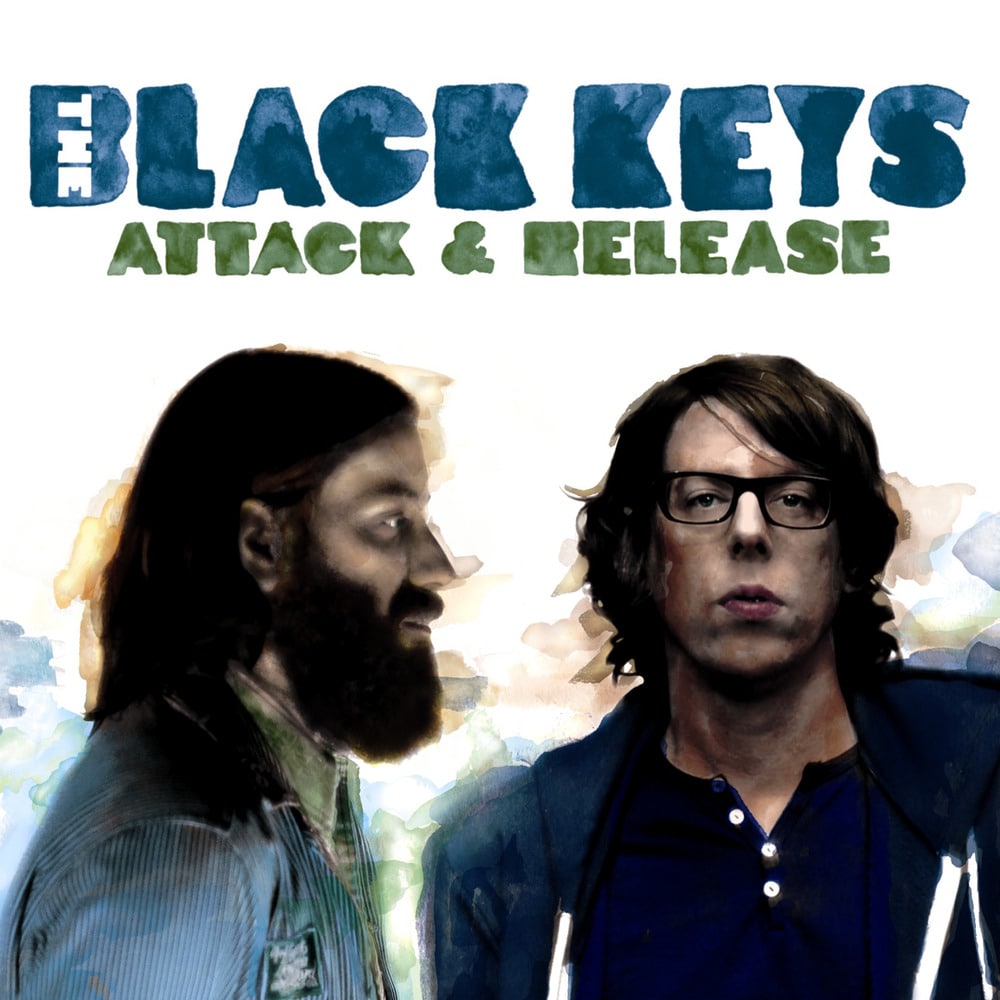 Available in MQA and 44.1 kHz / 24-bit AIFF, FLAC audio formats
The Black Keys’ fifth full-length LP, Attack & Release, follows their 2006 critically acclaimed Nonesuch debut Magic Potion, which the Chicago Tribune proclaimed, “a gritty, wild, minimalist masterpiece.” Produced by Danger Mouse, Attack & Release was recorded at engineer Paul Hamann’s illustrious Suma Studio outside Cleveland, Ohio. Initial collaboration began when Danger Mouse (a.k.a. Brian Burton) approached the band to write songs for an album he was developing with the late R&B legend Ike Turner. As the band began composing tracks for Turner early last year, though, they quickly realized they were actually laying the groundwork for a new album of their own. Attack & Release thus became The Black Keys’ first collaborative effort, as it morphed into their own album with Danger Mouse as producer. By recording in an actual studio (another first), guitarist-vocalist Dan Auerbach and drummer Patrick Carney were given the opportunity to add a variety of instruments to their usual simple set-up—including organ, moog, and banjo. “After recording our previous albums in a basement, we were ready to go somewhere else. Danger Mouse came in as our collaborator. He has a real ear for melody and arrangement and that was a big part of this record, as was the studio…a really special place.” - Dan Auerbach “The place is covered with dust, it smells like a moldy cabin, and it looks like a haunted house. It was fitting for our first time going into a real studio. I think Dan and I were intrigued to work with somebody as a producer, and with an engineer like Paul, because we both realized we couldn’t teach ourselves anything more and it was best to start learning from other people.” - Patrick Carney
44.1 kHz / 24-bit PCM – Nonesuch Studio Masters