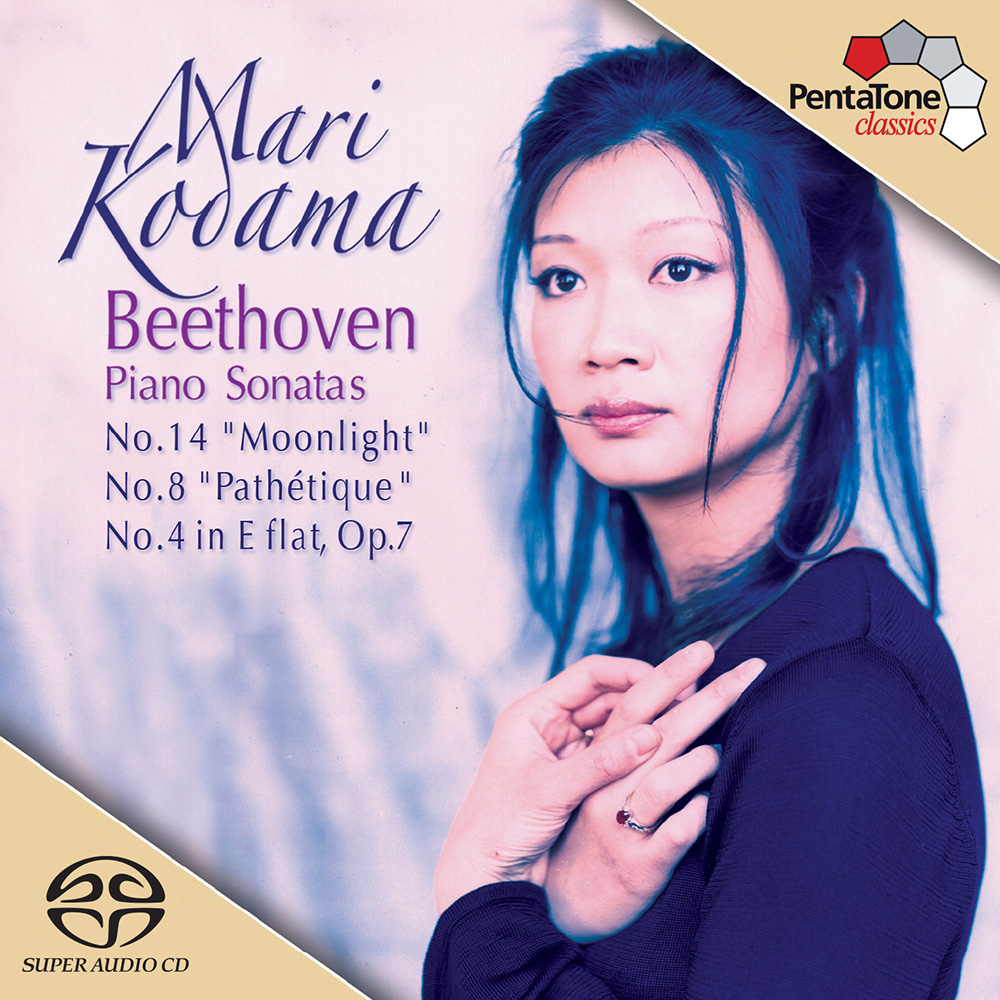 "... Kodama obviously knows her Beethoven and her readings are filled with superb technique and tons of emotion ..."
- Audiophile Audition

Japanese pianist Mari Kodama dedicated 10 years of her career to performing and recording the complete cycle of Beethoven's piano sonatas, a project that yielded nine albums and made her only the fourth woman to have recorded all of Beethoven's sonatas. On this installment from 2003, she includes the eternal favourite Piano Sonata No. 14, better known as the Moonlight Sonata and Piano Sonata No. 8 "Pathetique" along with the Fourth Sonata; that an artist can play this music and still introduce a new perspective, as Kodama so often does, is astonishing.
96 kHz / 24-bit PCM and 2.8224 MHz DSD – PentaTone Studio Masters