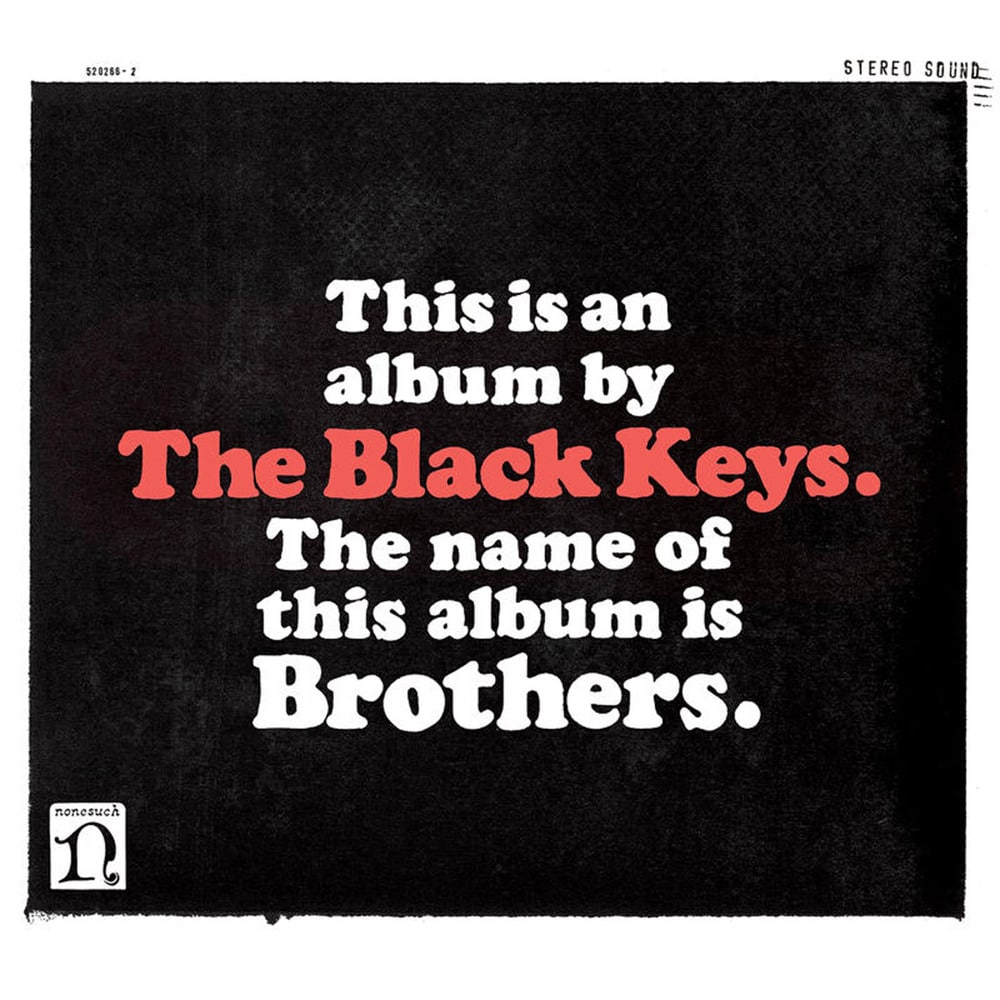 Available in MQA and 44.1 kHz / 24-bit AIFF, FLAC audio formats
In the August heat of 2009, The Black Keys left a Brooklyn studio—where they’d been working with an all-star posse of MCs—for 10 days in creative isolation at the historic Muscle Shoals studio in Alabama. Their geographical trek mirrored a musical journey, from contemporary hip-hop jams to the hallowed ground of classic R&B, that has resulted in the most cohesive album—and the deepest, steamiest grooves—of the duo’s eight-year career. These sessions yielded tunes that have the instantaneous, gotta-hear-it-again pull of a vintage 45; leadoff track “Everlasting Light” sounds like something Marc Bolan of T-Rex might have cut if he’d been signed to Stax. But more than just genre- and decade-hopping fun, there’s an emotional candor and narrative quality to the songs that offer a whole new level of soulfulness to the already floorboards-shaking sound of The Black Keys. Brothers is, in many ways, the culmination of a tumultuous period for Auerbach and Carney as they juggled personal challenges with creative opportunities. For the first time in a career of non-stop touring and recording, Auerbach and Carney embarked on projects of their own, on top of their dates for The Black Keys. Auerbach made his solo debut, Keep It Hid, and hit the road with a full band; Carney picked up the bass for his own combo, Drummer, comprising five notable Ohioan drummers, only one of whom actually sits behind the kit on their disc, Feel Good Together. “We were going to Brooklyn every other weekend for a couple of months. We finished Blakroc two or three days before we started our record. Blakroc was kind of a warm up for Brothers. In the process of making the Blakroc record we got more and more accustomed to the approach of making music with more bass lines and keyboard riffs than guitar riffs. There is less guitar on this record than any of our other records. I think we were just trying to focus on the grooves rather than what we had expected from ourselves previously.” - Patrick Carney
44.1 kHz / 24-bit PCM – Nonesuch Studio Masters