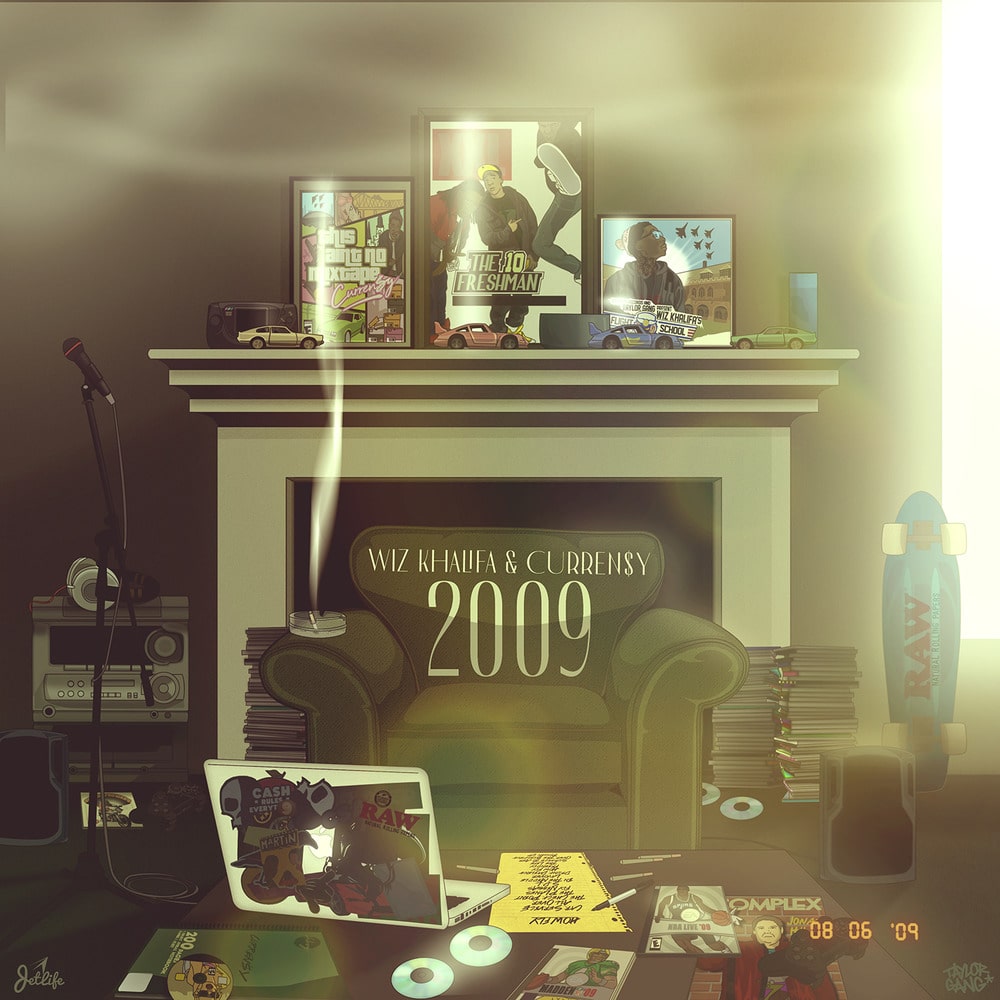 "The ostensible sequel to How Fly offers a few fleeting glimpses of the easygoing, unruffled, and effortlessly cool rap produced by the duo 10 years ago [...] When both [Wiz Khalifa] and Curren$y are in their bags, locked in on the shamelessly nostalgic 2009, it can feel like a How Fly retrospective, allowing the listener to channel that experience."
- Pitchfork

2009 is a collaborative studio album by American rappers Wiz Khalifa from Pittsburgh and Curren$y from New Orleans. It was released via Jet Life Recordings and Atlantic Records.