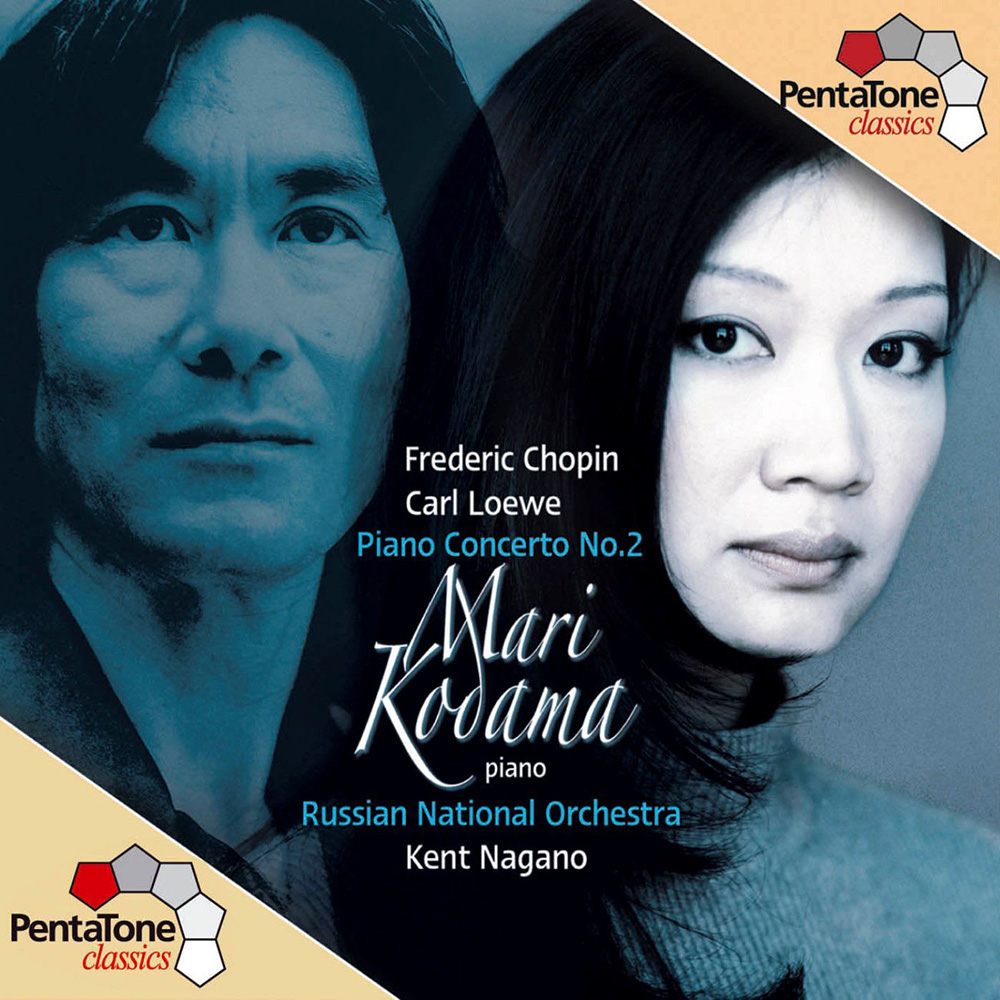 Available in 96 kHz / 24-bit AIFF, FLAC and 2.8224 MHz DSD high resolution audio formats
"... Kodama plays sensitively throughout, particularly in the central Larghetto which is quite lovely ... the real treat is Carl Loewe’s charming A Major Concerto ... sound is really very fine ..." - ClassicsToday.com "... the latest delight from Mari Kodama ... I could hear all the glitter and detail, along with the sound of the empty hall. What a great pairing!" - Stereophile "Four Stars. The recording was made direct to DSD and is a clever pairing of two super-virtuoso piano concertos ... the focus of the music and the sound is directly on the piano soloist and Kodama shines brilliantly. Her fleet high-speed passage work sounds perfect and near-impossible, yet the quieter lyrical passages sing with feeling." - Audiophile Audition Kent Nagano and the Russian National Orchestra accompany pianist Mari Kodama on these performances of piano concertos by Chopin and Loewe. This 2003 release, recorded direct to DSD, has received as much praise in the audiophile press for its sound quality as for the superb performances by Kodama, Nagano and the orchestra.
96 kHz / 24-bit PCM and 2.8224 MHz DSD – PentaTone Studio Masters