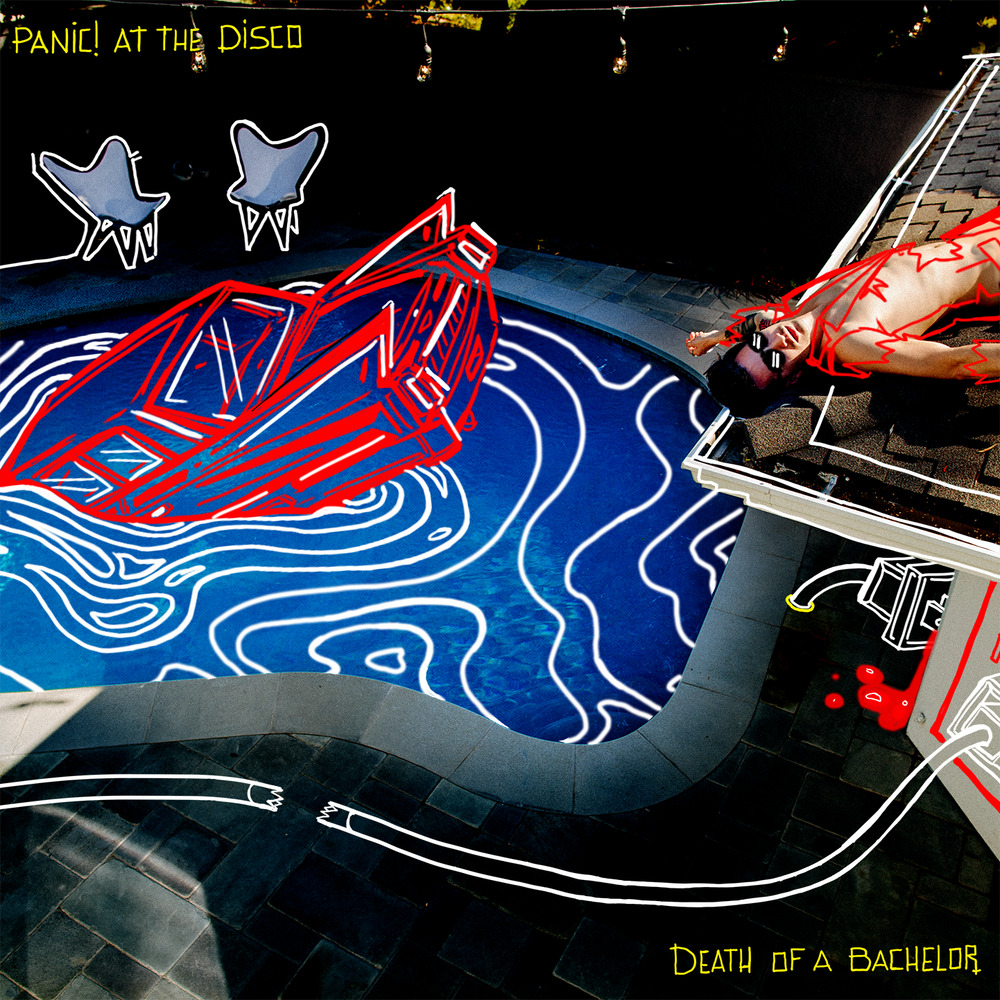 ℗ 2015, 2016 Fueled By Ramen for the United States and WEA International Inc

Death Of A Bachelor

Panic! At The Disco

Available in MQA and 96 kHz / 24-bit AIFF, FLAC high resolution audio formats
- Billboard 200 - #1 (2016) Death of a Bachelor is the fifth studio album by American rock band Panic! at the Disco, released January 15, 2016 on Fueled by Ramen and DCD2. It is the follow-up to the band's fourth studio album, Too Weird to Live, Too Rare to Die! (2013), with the entire album written and recorded by vocalist/multi-instrumentalist Brendon Urie, among external writers. It is the band's first album to not feature drummer Spencer Smith and also follows bassist Dallon Weekes' departure from the official line-up, subsequently becoming a touring member once again. In an interview with Entertainment Tonight, Urie stated that Death of a Bachelor was lyrically inspired by his wife Sarah Urie and his lifestyle, stating: "This whole album was written at my house where she and I live and it reflects very much the lifestyle I was living [while writing it], which is so different from who I used to be."
96 kHz / 24-bit PCM – Decaydance/Fueled By Ramen Studio Masters