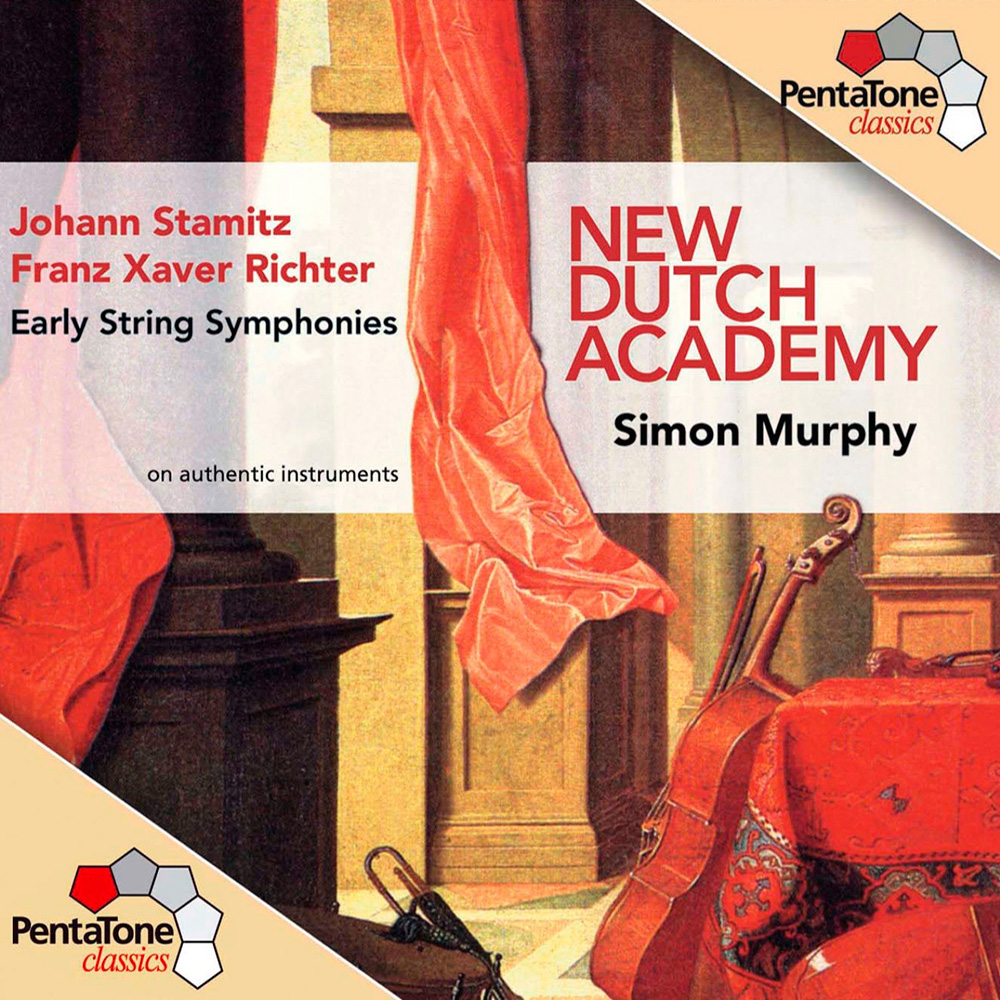 "It’s all such lovely, stately, stylish music that transports the listener into a world that sees the artistic genius of a time and a place where elegance was all ... extremely well recorded with lots of dynamics and depth, with a lovely church ambience around the players ... will remain among my favourites for life. It’s just an aural bath in sheer elegance, supported by wonderfully natural and open sound supporting superb performances."
- Audio Ideas Guide

Conductor Simon Murphy leads his orchestra, the New Dutch Academy (playing authentic instruments) on these performances of early string symphonies by Johann Stamitz and Franz Xaver Richter, the first volume in a two-album series. Murphy has earned a reputation for his special focus on music of the 18th and early 19th centuries, delivering new musical insights, as evidenced on this recording.
96 kHz / 24-bit PCM and 2.8224 MHz DSD – PentaTone Studio Masters

Recorded at concerts and sessions at the Oud-Katholieke Kerk  of The Hague on 10, 11 and 13 January, 2003.
Producer: Carl Schuurbiers.
Recording Engineer: Erdo Groot.
Editing: Carl Schuurbiers