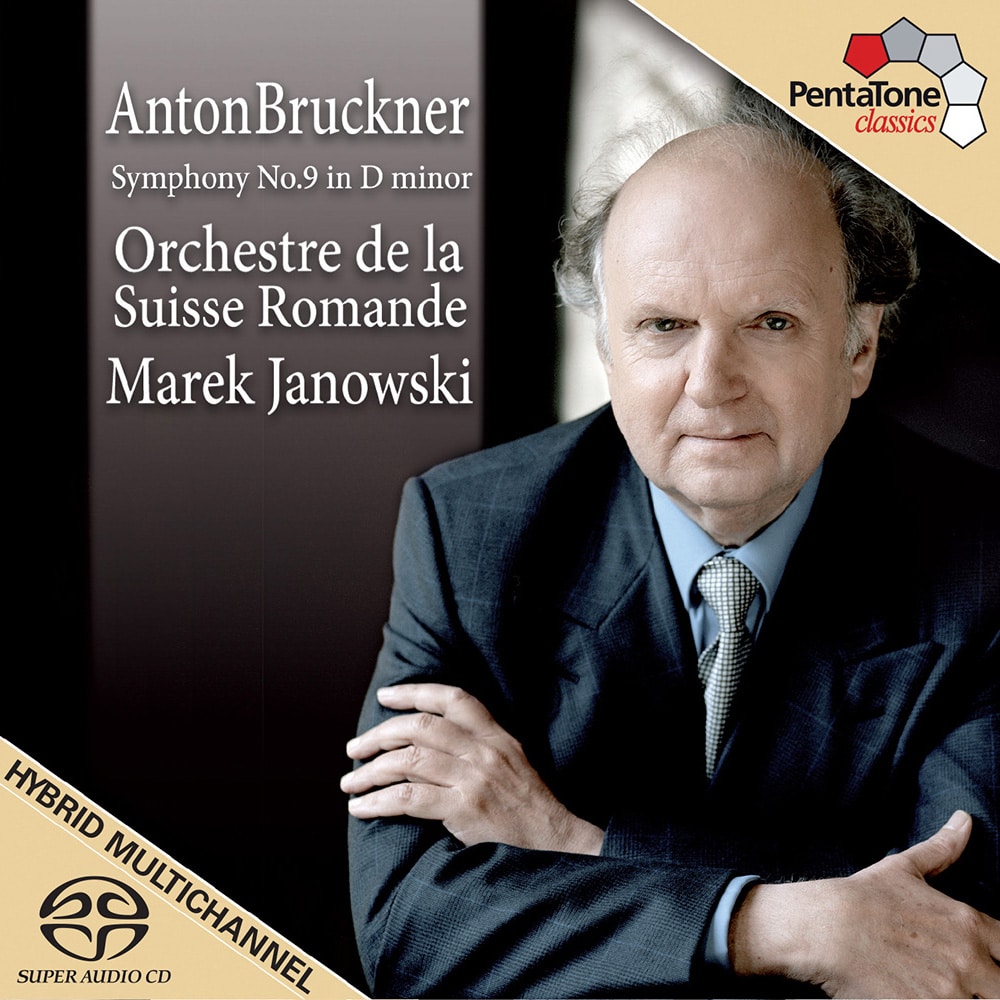 Available in 96 kHz / 24-bit AIFF, FLAC and 2.8224 MHz DSD high resolution audio formats
"Five Stars ... attractive both sonically and performance-wise ... the orchestra sounds gutsy ... the vital over structure of Bruckner’s massive blocks of sound seems to flow naturally and smoothly ..." - Audiophile Audition "The fact that it stands up well is attributable to the quality of the playing as much as to Janowski’s interpretation ... a performance that breathes in terms of movement and in the airiness of its sound ... (the) recording aims for clarity and brings out much detail ..." - The Telegraph The Orchestre de la Suisse Romande and their highly respected music director and conductor Marek Janowski recorded the entire cycle of Bruckner's symphonies over five years, released individually and in a 10-disc box set. This volume from 2008 was the first in the series and contains Bruckner's final (and unfinished) symphony, his beloved landmark composition the Symphony No. 9 in its Nowak edition. Janowski's entire Bruckner series has been highly acclaimed for both stellar sound and stunningly consistent performances.
96 kHz / 24-bit PCM and 2.8224 MHz DSD – PentaTone Studio Masters