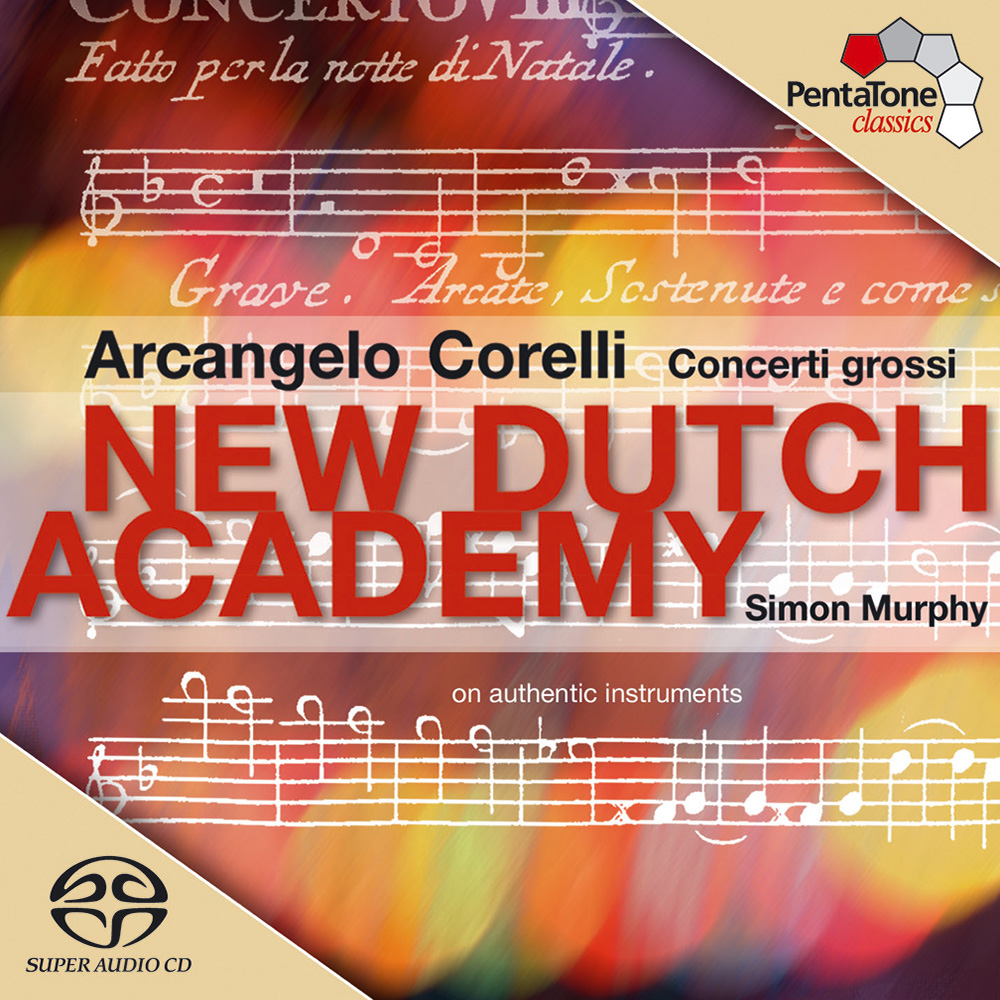 "These accounts by the New Dutch Academy, a big band playing on period instruments, reflect the best of both worlds. Its sound is sumptuous, but textures are sufficiently transparent to allow details to cut through and the historically informed approach includes stylish ornamentation and a battery of continuo instruments which would surely have delighted the composer ... Murphy infuses these accounts with subtle jazz-like touches: swinging rhythms, inventive extemporizations and vigorous guitar strumming effects."
- BBC Music Magazine

This album of Corelli's Concerti grossi from Simon Murphy and his award-winning orchestra, the New Dutch Academy (playing authentic instruments) is the first ever recording to use Corelli's own large scale orchestra, rich Italiante improvisation and extemporization along with a full and varied continuo section, including Baroque guitars and lutes, archlutes, theorbos, harpsichords and organs. The production was enthusiastically received by the world's music press; Murphy's groundbreaking performance and recording presenting Corelli in a completely new light.
96 kHz / 24-bit PCM and 2.8224 MHz DSD – PentaTone Studio Masters