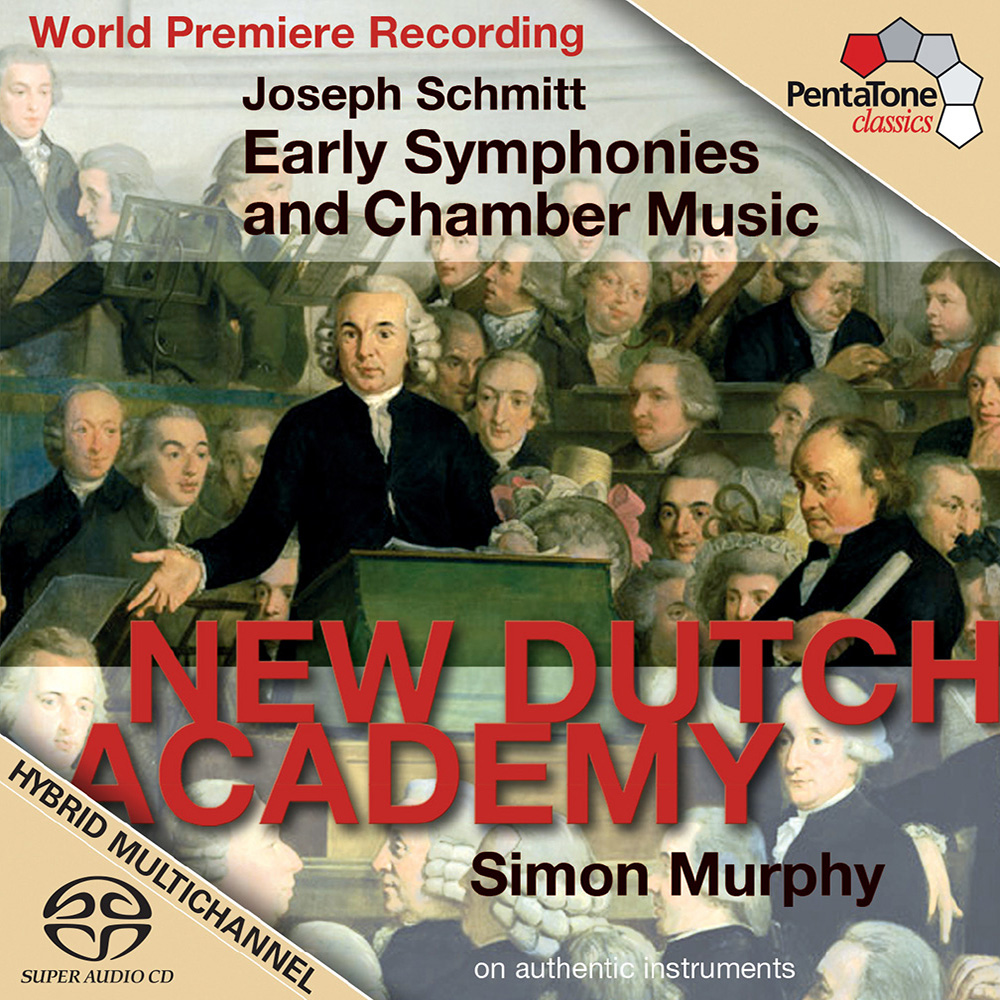 Conductor Simon Murphy and his orchestra the New Dutch Academy break new ground with this album of world premiere recordings of works by Joseph Schmitt, also known as "The Dutch Haydn." Murphy is responsible for putting the important but forgotten 18th century composer back on the musical map through an intense research project. Schmitt's original manuscripts, recently discovered, were used for this album, performed by the orchestra on authentic period instruments.
96 kHz / 24-bit PCM and 2.8224 MHz DSD – PentaTone Studio Masters