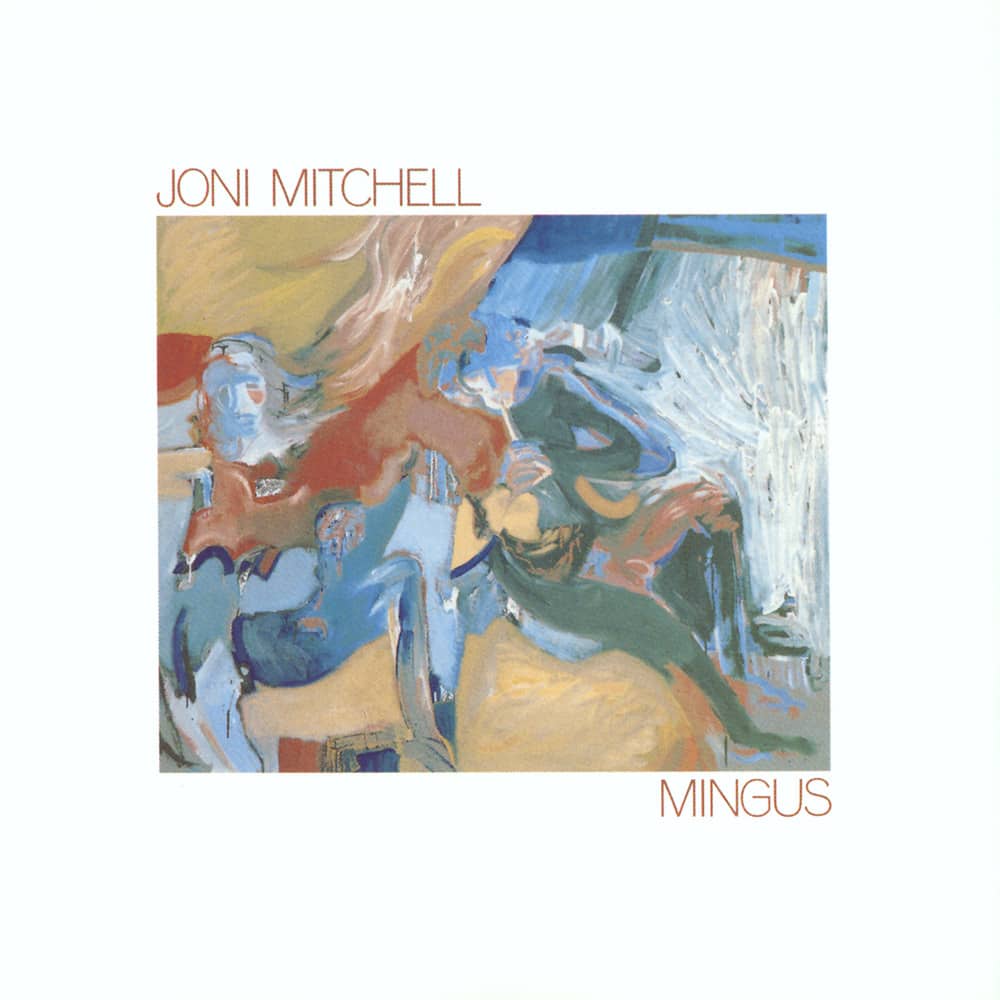 Mingus is the tenth studio album by Canadian singer-songwriter Joni Mitchell, and a collaboration with composer and jazz musician Charles Mingus. Recorded in the months before his death, it would be Mingus's final musical project; the album is wholly dedicated to him. Mingus was released on June 13, 1979.

The album is quite experimental, featuring minimalist jazz, over-plucked, buzzing acoustic guitars, and even wolves howling through "The Wolf That Lives in Lindsey". All of the lyrics are by Mitchell, while the music for four of the songs was composed by Mingus, three being new tunes, a fourth being his tribute to saxophonist Lester Young from his 1959 classic Mingus Ah Um, "Goodbye Pork Pie Hat", for which Mitchell wrote a set of lyrics.

The album is spliced with excerpts, which are labelled "(Rap)", from recordings provided by Sue Graham Mingus, including a scat singing interplay between Joni and Mingus, and Charles and Sue arguing over his age at a birthday party. In "Funeral", Mingus and others discuss how long he'll live and what his funeral will be like. He refers to the Vedanta Society and asserts that "I'm going to cut Duke [Ellington]!". "God Must Be a Boogie Man"—having taken shape two days after his death—was the only song Mingus was unable to hear. Mitchell suggests in the liner notes that Mingus would have found it hilarious.
192 kHz / 24-bit, 96 kHz / 24-bit PCM – Rhino/Elektra Studio Masters