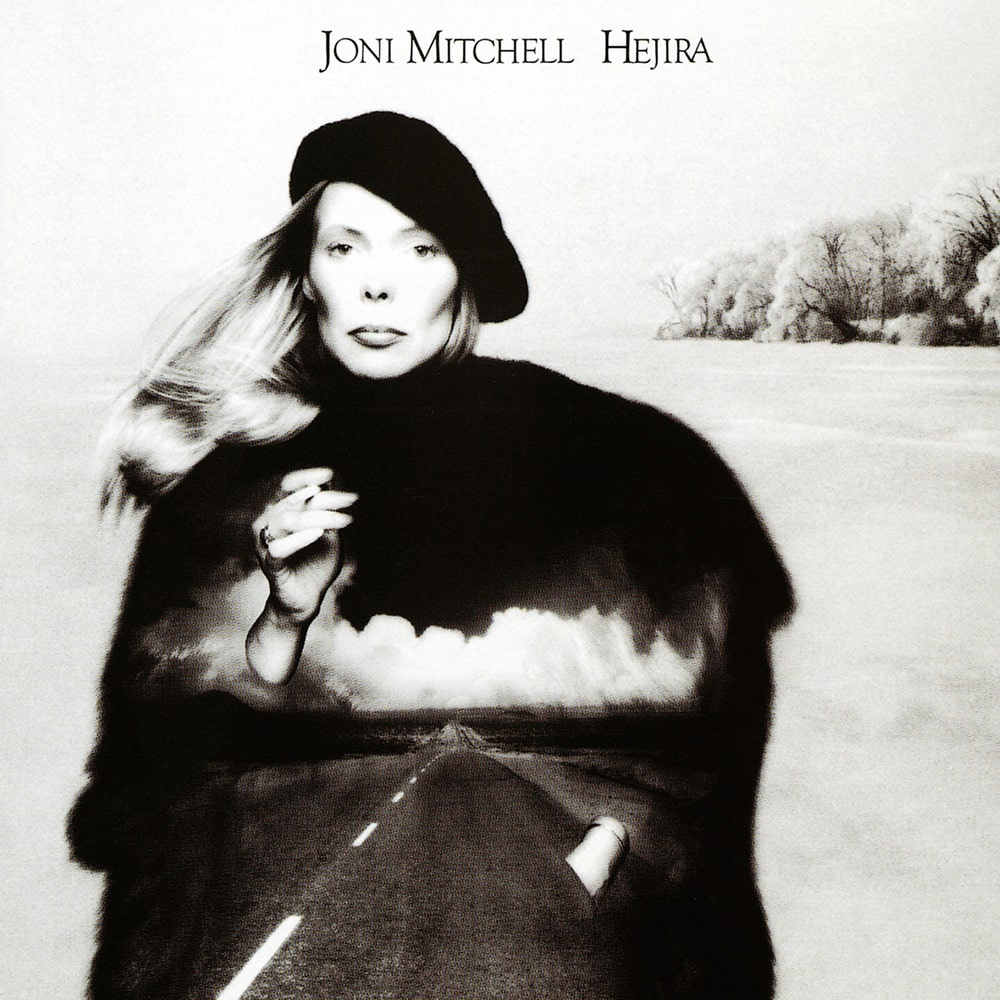 Available in MQA and 192 kHz / 24-bit, 96 kHz / 24-bit AIFF, FLAC high resolution audio formats
Hejira is the eighth studio album by Canadian singer-songwriter Joni Mitchell. The songs on the album were largely written by Mitchell on a trip by car from Maine back to Los Angeles, California, with prominent imagery including highways, small towns and snow. The photographs of Mitchell on the front and back cover were taken by Norman Seeff and appear against a backdrop of Lake Mendota, in Madison, Wisconsin, after an ice storm. Characterized by lyrically dense, sprawling songs, and the fretless bass playing of Jaco Pastorius, Hejira marked Mitchell's turn towards the jazz-based music she would implement on later recordings. During the recording of her albums Court and Spark and The Hissing of Summer Lawns, Mitchell grew increasingly frustrated by the rock session musicians who had been hired to perform her music. "...There were grace notes and subtleties and things that I thought were getting kind of buried." The session musicians in turn recommended that Mitchell start looking for jazz instrumentalists to perform on her records. In addition, her relationship with drummer and musician John Guerin (which lasted through a significant portion of the mid-1970s) influenced her decision to move more towards experimental jazz music and further away from her folk and pop roots. After recording the basic tracks that would become Hejira, Mitchell met bassist Jaco Pastorius and they formed an immediate musical connection; Mitchell was dissatisfied with what she called the "dead, distant bass sound" of the 1960s and early 1970s, and was beginning to wonder why the bass part always had to play the root of a chord. She overdubbed his bass parts on four of the tracks on Hejira and released the album in November 1976. Dominated by Mitchell's guitar and Pastorius's fretless bass, the album drew on a range of influences but was more cohesive and accessible than some of her later more jazz-oriented work. "Coyote", "Amelia", and "Hejira" became concert staples especially after being featured on the live album Shadows and Light alongside "Furry Sings the Blues" and "Black Crow".
192 kHz / 24-bit, 96 kHz / 24-bit PCM – Rhino/Elektra Studio Masters