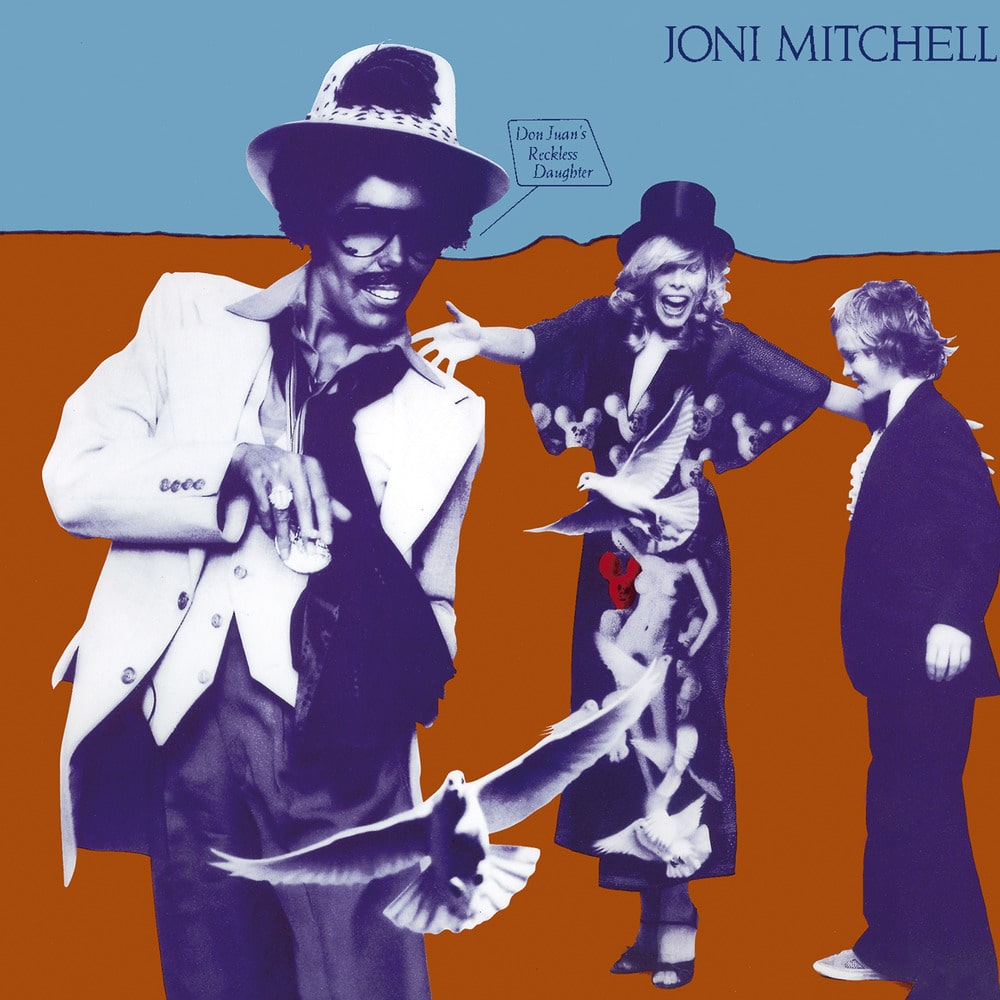 Don Juan's Reckless Daughter is a 1977 double album by Canadian singer-songwriter Joni Mitchell. It is unusual for its experimental style, expanding even further on the jazz fusion sound of Mitchell's Hejira from the year before. Mitchell has stated that, close to completing her contract with Asylum Records, she allowed this album to be looser than anything she'd done previously.

Much of the album is experimental, but especially so are: "Overture," played with six simultaneous guitars, some in different tunings from others, with vocal echo effects; "The Tenth World," an extended-length instrumental of Latin percussion; and "Dreamland," which features only percussion and voices (including Chaka Khan).

Most experimental of all is "Paprika Plains," a 16-minute song played on improvised piano and arranged with a full orchestra; it takes up all of Side 2. In it, Mitchell narrates a first-person description of a late-night gathering in a bar frequented by Indigenous peoples of Canada, touching on themes of hopelessness and alcoholism. At one point in the narrative, the narrator leaves the setting to watch the rain and enters into a dreamstate, and the lyrics – printed in the liner notes but not sung – become a mixture of references to innocent childhood memories, a nuclear explosion and an expressionless tribe gazing upon the dreamer. The narrator returns inside after the rain passes.

"The Improvisational, the spontaneous aspect of this creative process – still as a poet – is to set words to the music, which is a hammer and chisel process. Sometimes it flows, but a lot of times it's blocked by concept. And if you're writing free consciousness – which I do once in a while just to remind myself that I can, you know, because I'm fitting little pieces of this puzzle together – the end result must flow as if it was spoken for the first time."
- Joni Mitchell
192 kHz / 24-bit, 96 kHz / 24-bit PCM – Rhino/Elektra Studio Masters