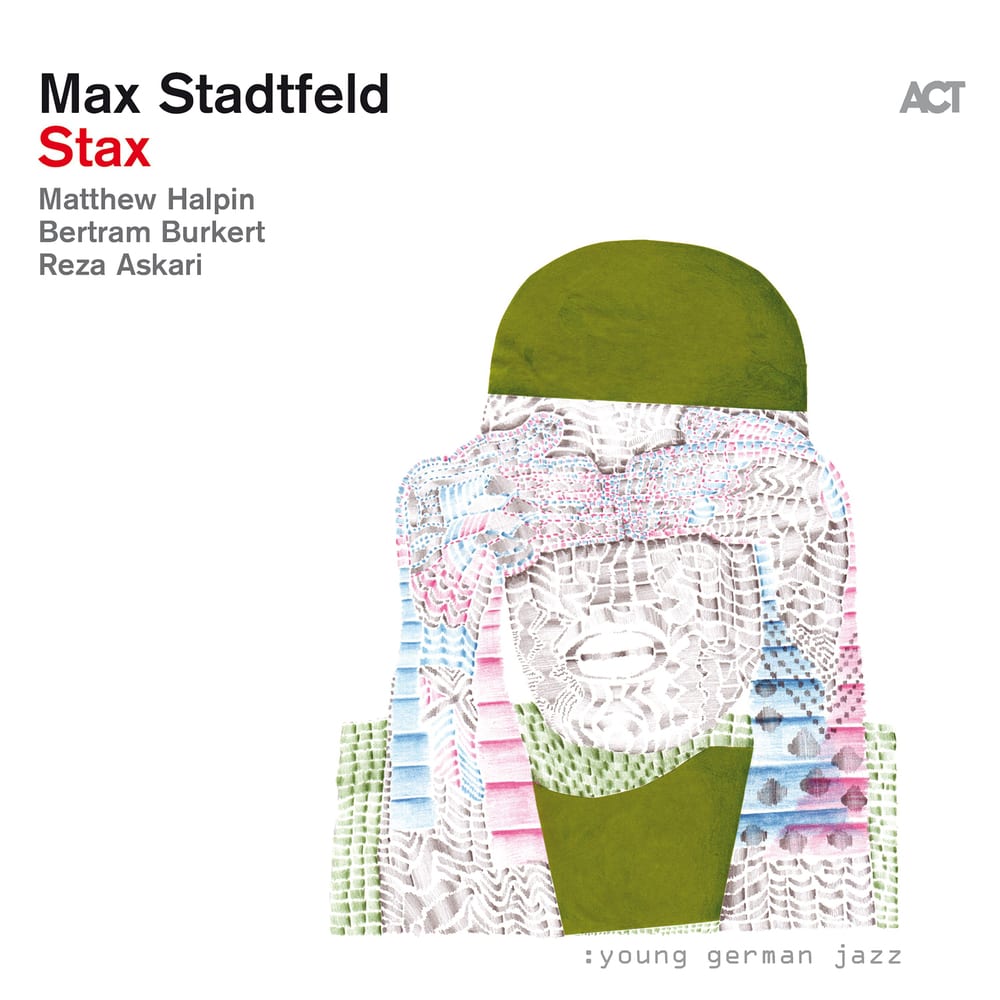 Available in 44.1 kHz / 24-bit AIFF, FLAC audio formats
Stax (pronounced schtaks, a free-form short version of the name of Max Stadtfeld), is an ideal band for departing from caution and over-discpline into an expression of musical joy and fun. The quartet found each other on the Leipzig-Cologne axis, and there was an inevitability about the way it all happened. That much was clear from the get-go a year or two ago. They met, rehearsed, played, they did a few concerts – and things just clicked, above all on the interpersonal level. And you can hear it. Guitarist Bertram Burkert's playing had fascinated Max Stadtfeld right from the start, because Burkert was fully-formed as a player incredibly early, with a capacity to add tiny subtleties and a certain abrasiveness. In the context of the current guitar renaissance, he is a genuine discovery. Burkert inhaled his John Scofield, but what he exhales is something different: he creates wonderful long curlicues. And the way in which these extended phrases intertwine with those of Matthew Halpin is simply a feast for the ears. Halpin, an Irishman now based in Cologne, studied at Berklee. He is a talented, rhapsodical tenor saxophone player with a many-faceted sound which he always makes new and interesting, because of the way he feels the music and doesn't over-aggress. Old-school jazz, with all that need to play higher, or faster or with a sound as fat as possible is not his thing at all. As a genuine story-teller he can illuminate the background with emotion or shore it up with maturity, and those abilities turn his dialogues with the guitarist into tours de force which end up in new, unexpected and emotional places. Stax assigns the traditional role to the double bass, which makes Reza Askari the ideal bass player. He studied with Dieter Manderscheid and Sebastian Gramss in Cologne, toured with Lee Konitz, and has amassed a not inconsiderable discography. He provides a solid, deep foundation for the other musicians. The compositions - eight by Max Stadtfeld and two unexpected standards – are in that vein. Their music is not just some intellectual showing-off, it bobbles along in the rhythm-oriented mainstream, and yet, over and above that, it is imbued with an astonishing sense of both freshness and maturity. What matters is to keep things flexible but also to maintain a fundamental honesty towards guiding principles, so that the band can stay spontaneous and bring out something new every time. To run with things – and to let things run. Stax are playing the music of now - and at an amazing level of achievement. These musicians formulate shared narratives that go way beyond the mindless clicks and zappings of their generation. They listen to each other and react, and it’s different each time. There's a lot of substance to them and what they do. They have earned and deserved the trust they receive. School’s out for summer, for ever, and for the good. This is young German jazz at its best.
44.1 kHz / 24-bit PCM – ACT Music and Vision Studio Masters