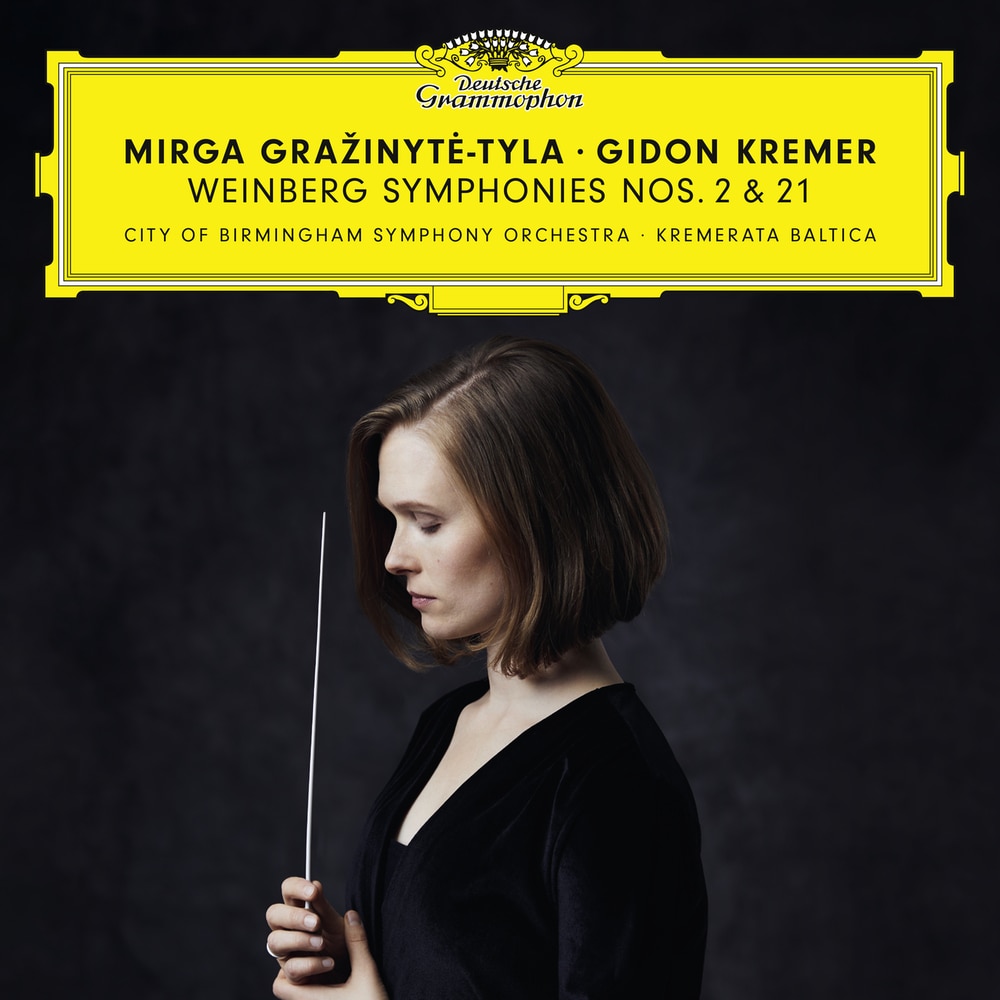 Available in 96 kHz / 24-bit AIFF, FLAC high resolution audio formats
Grammy Award Nomination – Best Orchestral Performance, 2019 Young maestro Mirga Gražinytė-Tyla made history when she signed to Deutsche Grammophon – home to legendary conductors such as Herbert von Karajan, Leonard Bernstein, Claudio Abbado, Karl Böhm, Pierre Boulez and Carlos Kleiber. The Lithuanian musician, who is Music Director of the City of Birmingham Symphony Orchestra, became the first female conductor to sign an exclusive long-term contract with the label. Gražinytė-Tyla's label debut is a collection of orchestral works by Polish composer Mieczysław Weinberg, whose centenary falls this year. She conducts the combined forces of the CBSO, Kremerata Baltica and violinist Gidon Kremer in Symphony No. 21 “Kaddish” – a major work completed in 1991 and dedicated to the victims of the Warsaw Ghetto. She also directs Kremerata Baltica in the early Symphony No. 2.
96 kHz / 24-bit PCM – Deutsche Grammophon (DG) Studio Masters