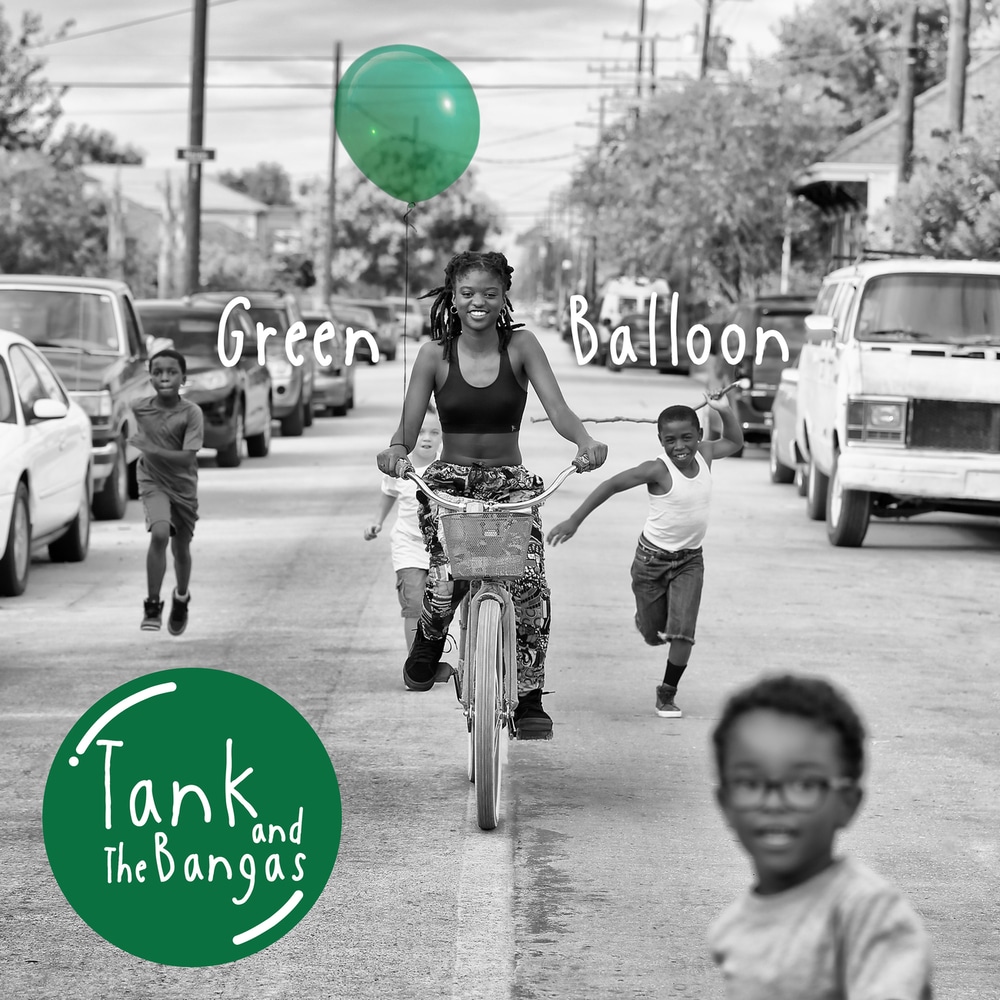 Tank And The Bangas

"There's no record quite like Green Balloon, and no band quite like Tank and the Bangas. Green Balloon is 17 songs, featuring 75 minutes of roughly 30 creative souls, recorded in nearly 10 studios. They make music without boundary on instruments ranging from sax, flute, cello, vocal scratches, keyboards, synths, real drums, fake drums, a djembe and, of course, the poetry, philosophy, comedy and voice that is Tarriona "Tank" Ball."
- NPR

Tracks 7, 8 – contains material which has been processed by a perceptual audio coding algorithm