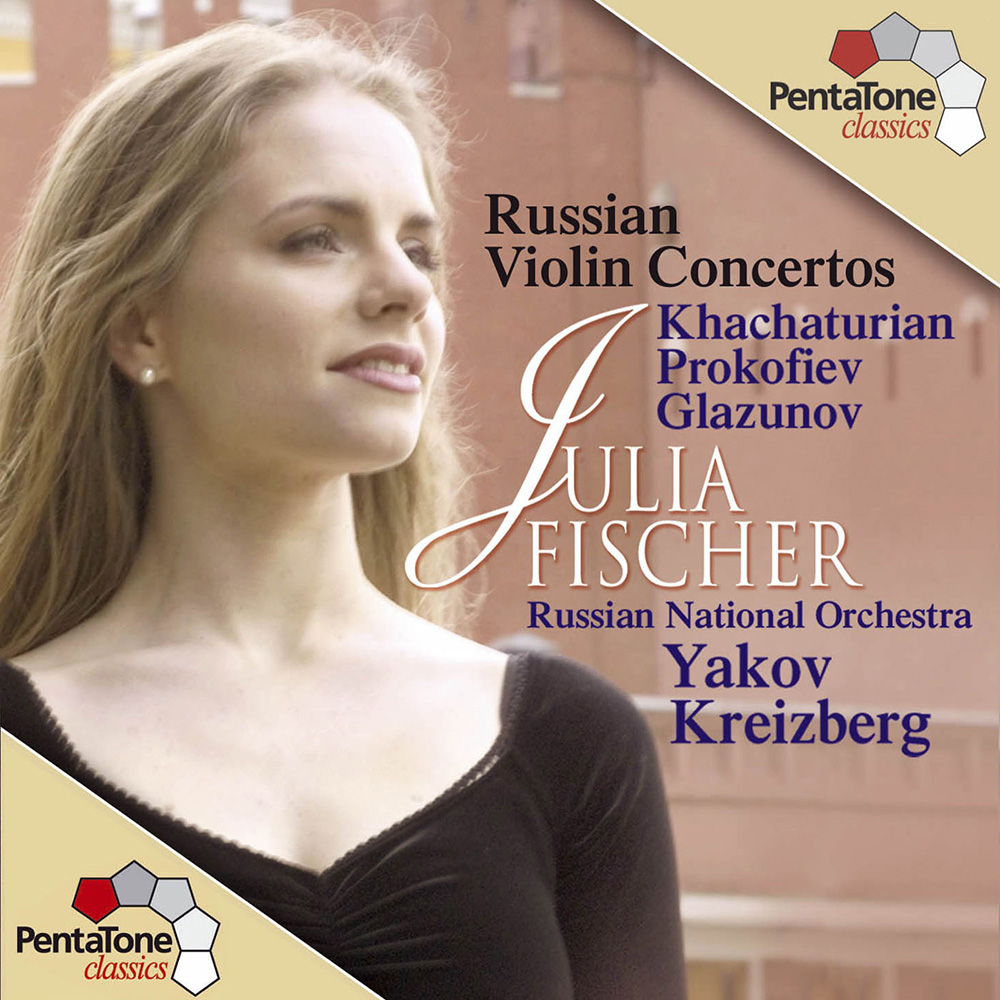 "Four Stars ... sparkling performances ... packed to the gills with great music ... in state of the art sound too. You couldn’t go wrong with this one."
- Audiophile Audition

"Nothing seems too difficult (for Fischer) ... ably partnered by Yakov Kreizberg, who led the Russian National Orchestra with splendid energy and an attention to detail."
- Fanfare

"... the most soulful reading of the (usually neglected) Khachaturian on record. (In) the Prokofiev First Violin Concerto, Fischer and the engineers reveal the piece's inner workings ... a model recording and indispensable."
- The Absolute Sound

"Fischer raises this generous collection of popular Russian violin concertos to a high level ... (her) soaring lyricism and exacting staccatos are always intrinsic to the music ... she plays from the heart and her range of tone colour, inflexions and dynamics are perfectly attuned to the music. Kreizberg secures a buoyant and detailed response from the Russian National Orchestra ... superbly recorded, not least the wholly natural balance afforded her with the orchestra ..."
- ClassicalSource.com

This debut album from violinist Julia Fischer was recorded when she was only in her early twenties, yet it won Germany's coveted ECHO Klassik Award. It was an auspicious start for the rising star; this collection of three contrasting Russian violin concertos by Khatchaturian, Prokofiev and Glazunov, recorded with the Russian National Orchestra under Yakov Kreizberg became a top seller in Germany, received international praise and attention and launched Fischer's career.
96 kHz / 24-bit PCM and 2.8224 MHz DSD – PentaTone Studio Masters