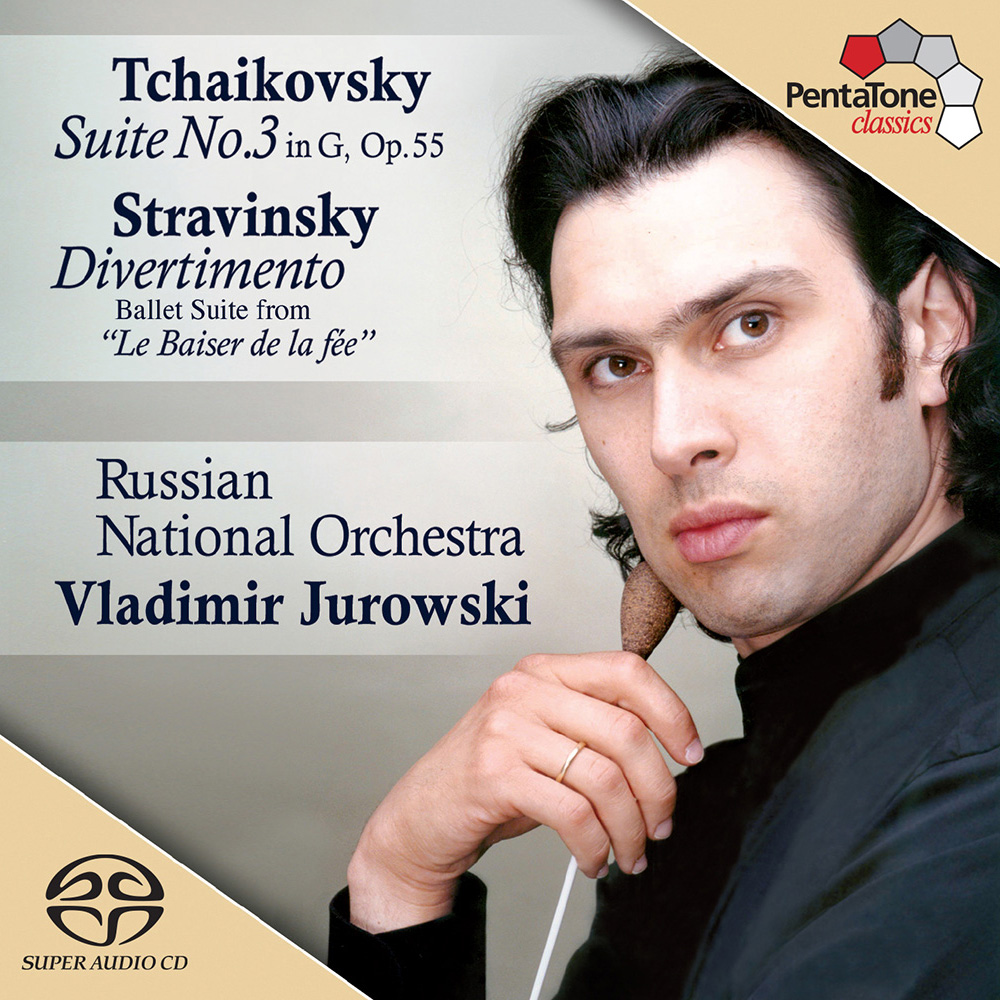 Available in 96 kHz / 24-bit AIFF, FLAC and 2.8224 MHz DSD high resolution audio formats
"Four Stars ... a delightful pairing of not-quite mainstream repertoire." - BBC Music Magazine "... Jurowski offers performances that are as near-ideal as one can imagine, the electric tension giving the illusion of live music making ... this one is among the finest ... with exceptionally vivid sound, this cannot be recommended too highly." - Gramophone "This enjoyable disc offers two works that are underappreciated by two composers who most certainly are not ... the excellent audio quality is what we’ve come to expect from PentaTone ... the acoustic is spacious and airy ... orchestral balances are good and there’s wonderful detail. Soundstage depth is first-rate ..." - Fanfare "Five Stars. From the first notes, one realizes that not only do Jurowski and his Russian players love this work, but the PentaTone engineering staff has lavished some of its best reproduction ever on this ... the violins are clearly spaced left and right and there is a tremendous depth to the orchestra ... the playing is of the highest quality and the sonics at demo level. You can't go wrong ... even if you already have both works in your collection." - Audiophile Audition Dynamic Russian conductor Vladimir Jurowski, acclaimed worldwide for his incisive musicianship and adventurous artistic commitment, leads the Russian National Orchestra on this release that has accumulated a long list of awards and earned recognition from critics and publications around the world. The sound quality is praised as frequently as the quality of the musical performance; in a glowing five star review Audiophile Audition called the sonics "demo level" and included this on the list of the best albums of the year.
96 kHz / 24-bit PCM and 2.8224 MHz DSD – PentaTone Studio Masters