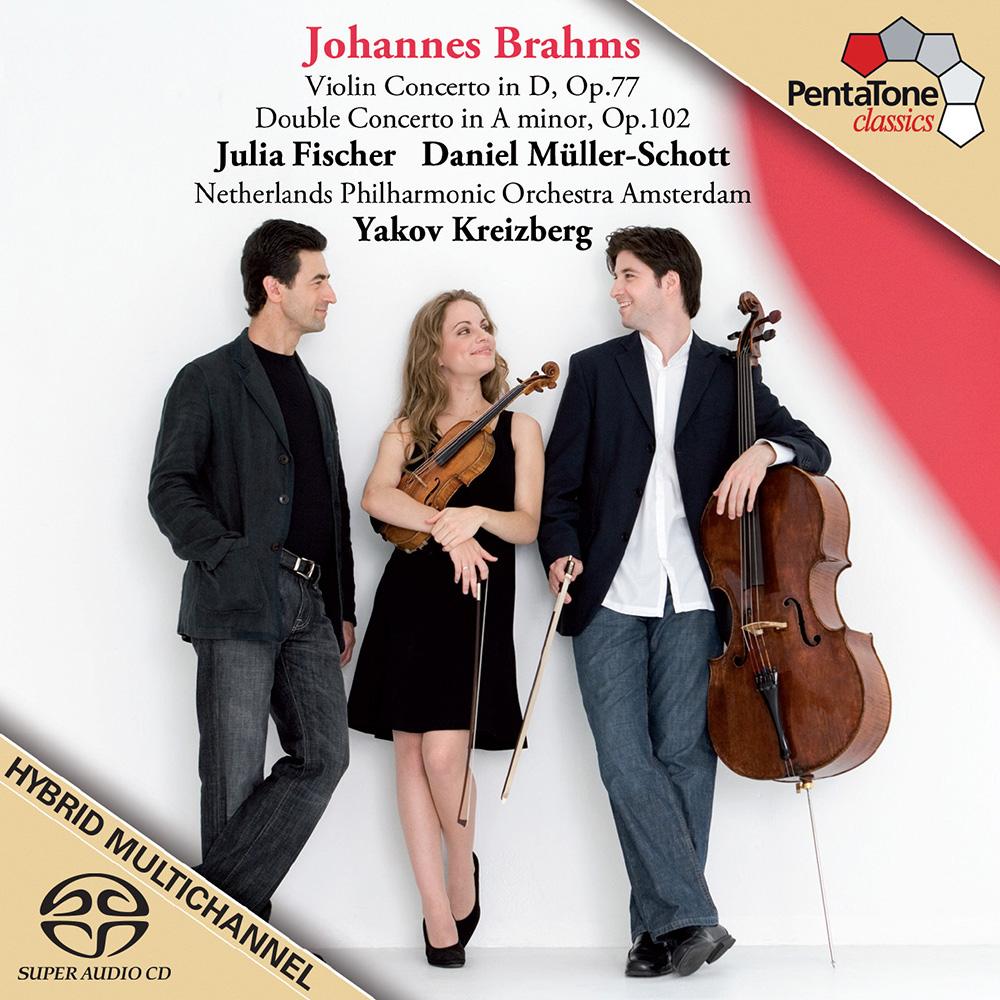 Available in 96 kHz / 24-bit AIFF, FLAC and 2.8224 MHz DSD high resolution audio formats
"... (a) technically superb performance ... Kreizberg and the orchestra are in fine form, the first movement is taut and well-argued, the slow movement lovely, the finale smashing." - ClassicsToday.com “Disc of the Month ... Fischer offers this ideal Brahms coupling in strong and sympathetic readings, joined in the Double Concerto by her brilliant young compatriot cellist, Daniel Müller-Schott. Her performance never feels self-conscious or too studied and her range of tone and dynamic is extreme ..." - Gramophone "Five Stars. The partnership of Fischer and Kreizberg ... really comes into its own in the symphonic proportions of Brahms's Violin Concerto ... it's clear that Kreizberg and the Netherlands Philharmonic Orchestra are at one with her every nuance and tempo fluctuation: dramatic, fiery and impetuous at first but then beautifully lyrical and introverted ... Fischer and her partner Daniel Müller-Schott are absolutely on the same musical wavelength delivering a blisteringly intense performance supported by outstandingly responsive playing from the Netherlands Philharmonic." - BBC Music Magazine Violinist Julia Fischer turns her attention to the concertos of Brahms on this programme that equally showcases her highly-acclaimed musical partner, cellist Daniel Müller-Schott on the stunning Double Concerto for Violin and Cello. Fischer's frequent conductor collaborator Yakov Kreizberg leads the Netherlands Philharmonic Orchestra in this performance full of contrasts of tempo and dynamics.
96 kHz / 24-bit PCM and 2.8224 MHz DSD – PentaTone Studio Masters