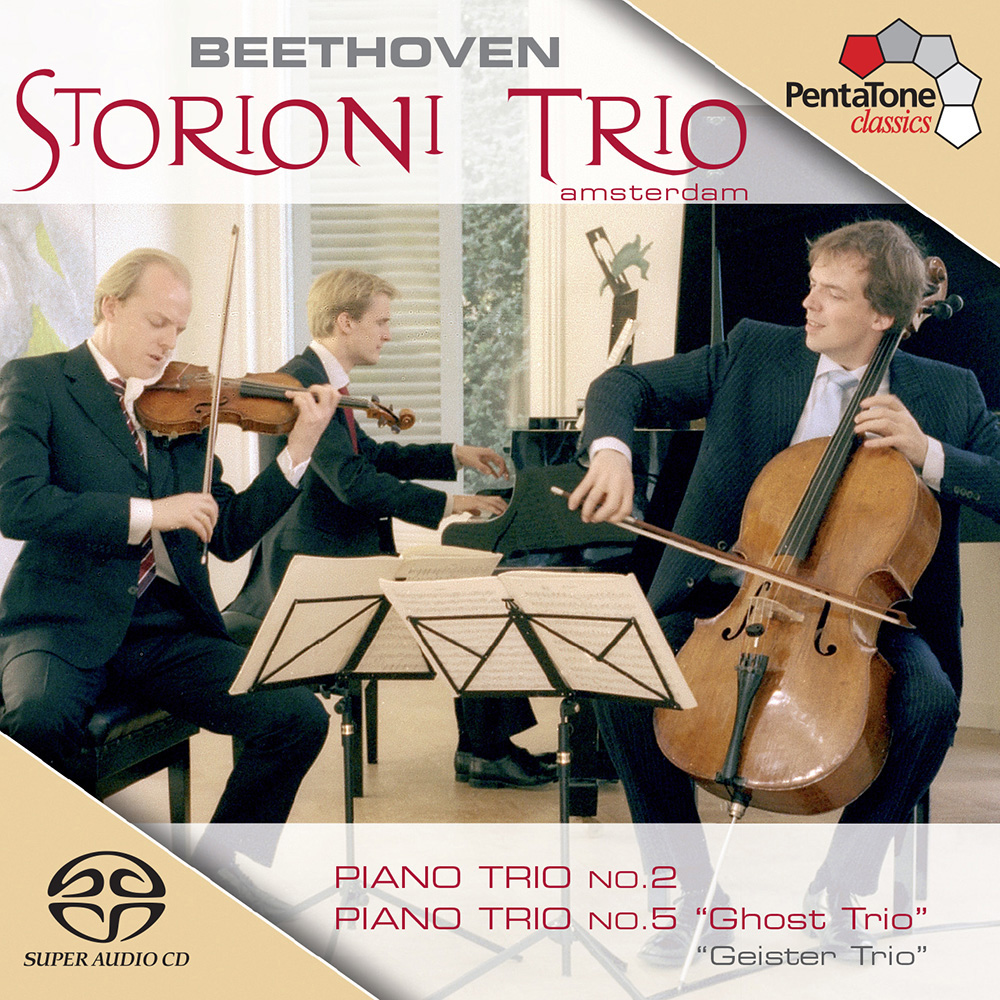 "So many enticing details abound in the G Major Trio: you can't go wrong with the present recording ... sonic and interpretive virtues warrant strong consideration."
- ClassicsToday.com

"To say that these performances impress more for their refinement than their intensity is not to imply that the playing is in any way underpowered or underinterpreted ... there’s a wonderful lightness and cheer in play through much of this disc ... a most impressive calling card for the Storioni Trio. PentaTone’s sonics, as usual, are absolutely free of distortion, constriction or glare ..."
- Fanfare

The Storioni Trio from The Netherlands offers a wide range of works for piano trio with a fresh, young perspective, specializing in Beethoven and the triple concerto repertoire. This album, the ensemble's international recording debut, includes one of Beethoven's best known piano trios, the Fifth or Ghost trio, named for its spooky slow movement.
96 kHz / 24-bit PCM and 2.8224 MHz DSD – PentaTone Studio Masters