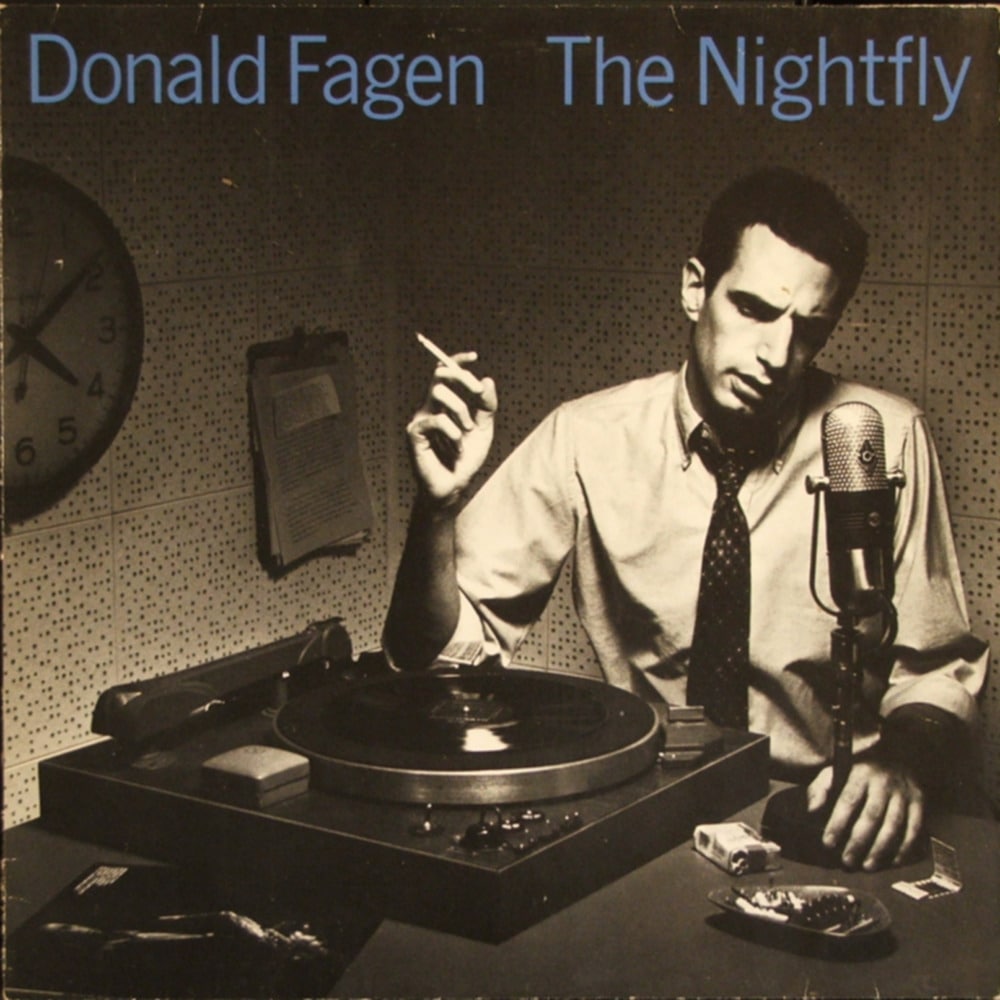 "Donald Fagen conjures a world where all things are possible, even to a kid locked in his bedroom."
- Rolling Stone

"A vivid and frequently ingenious look back at a world that is gone forever. Its sound is glossy and contemporary, but references to both the spirit and the music of the years when Mr. Fagen was growing up can be found in almost every song."
- The New York Times

The Nightfly is the debut studio album by American singer-songwriter Donald Fagen. Produced by Gary Katz, it was released October 1, 1982 by Warner Bros. Records. Fagen was previously best known for his work in the group Steely Dan, with whom he enjoyed a successful career in the 1970s. The band separated in 1981, leading Fagen to pursue a solo career. Although The Nightfly includes a number of production staff and musicians who had played on Steely Dan records, it was Fagen's first release without longtime collaborator Walter Becker.

Unlike most of Fagen's previous work, The Nightfly is almost blatantly autobiographical. Many of the songs relate to the cautiously optimistic mood of his suburban childhood in the late 1950s and early 1960s, and incorporate such topics as late-night jazz disc jockeys, fallout shelters, and tropical vacations. Recorded over eight months at various studios between New York City and Los Angeles, the album is an early example of a fully digital recording in popular music. The nascent technology, as well as the perfectionist nature of its engineers and musicians, made the album difficult to record.
48 kHz / 24-bit PCM – Warner Bros. Studio Masters