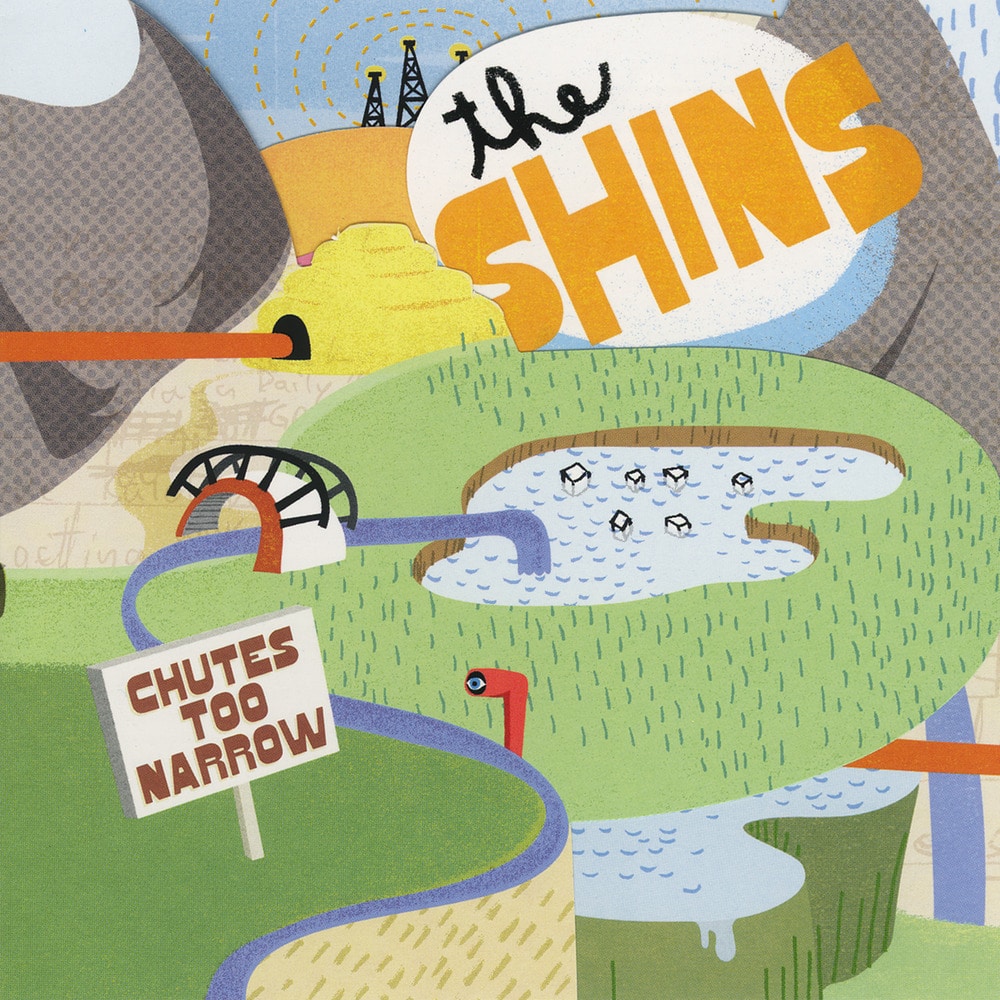 Available in MQA and 44.1 kHz / 24-bit AIFF, FLAC audio formats
The Shin’s debut full-length, 2001’s Oh, Inverted World, was a stunner; resoundingly well-received and landing itself on numerous year-end best-of-lists. MOJO placed it at #14 of the year and commented, “This quartet from Albuquerque, New Mexico captured our hearts this summer with their pristine pop perfection.” And, Seattle’s The Stranger went even further with, “…a referential, brilliant record which had better blow up, or the world has forgotten what pop music is all about.” As far as we’re concerned it did blow up – seems there’s still some hope for the world and its conception of pop music. Since that first record, singer/songwriter/guitarist James Mercer and drummer Jesse Sandoval moved from Albuquerque to Portland, OR and bassist Neal Langford was replaced with Dave Hernandez (ex-Scared Of Chaka), who played bass on the stand-out track from the first record, “New Slang.” Chutes Too Narrow, their heavily anticipated follow-up, was recorded in James’ basement home studio, with later mixing assistance from Phil Ek (Built to Spill, Modest Mouse, David Cross, Les Savy Fav, etc.). And, with 10 songs, clocking in at just over 30 minutes, the new record is a brief yet entirely scintillating glimpse at chiming, reflective and perfectly skewed pop innovation.
44.1 kHz / 24-bit PCM – Sub Pop Records Studio Masters