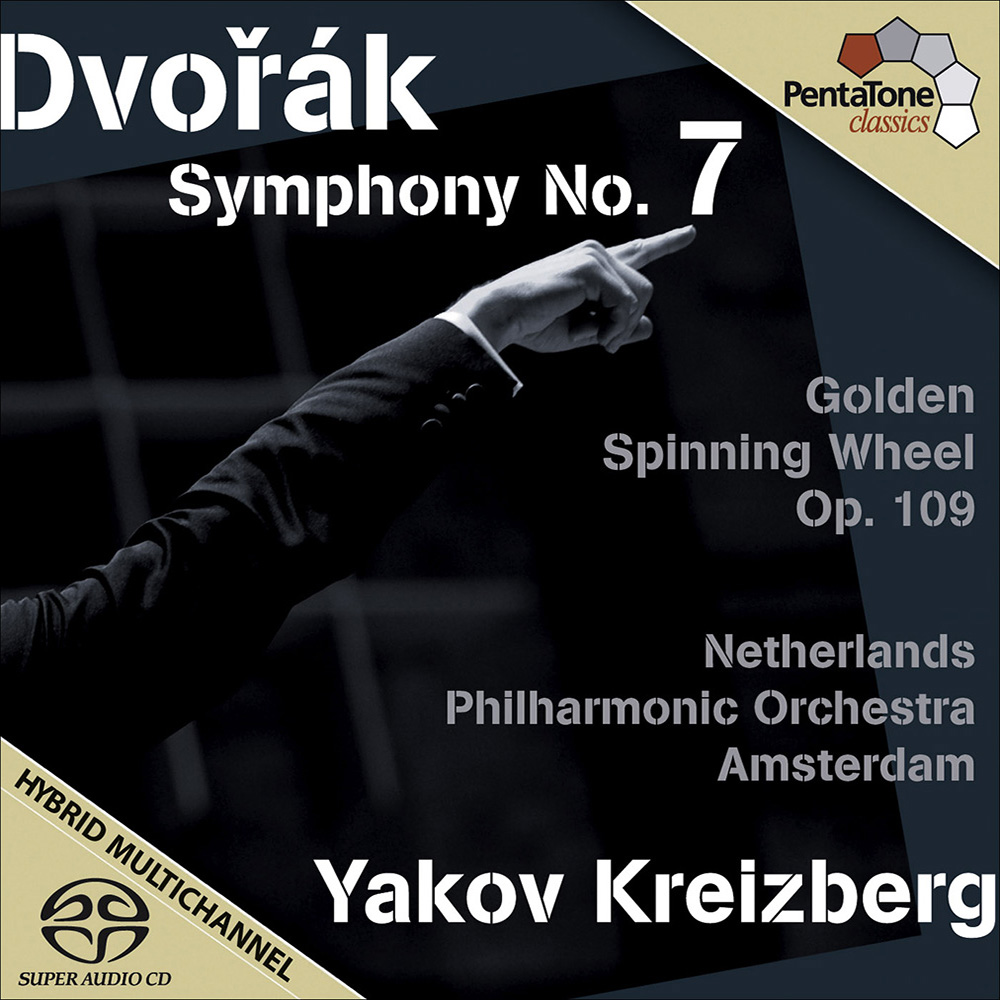 Available in 96 kHz / 24-bit AIFF, FLAC and 2.8224 MHz DSD high resolution audio formats
"Five Stars ... has much to recommend it. The rich instrumentation, enthusiastic performance and fine acoustics combine for an excellent listening experience ..." - Audiophile Audition "... a vivid, atmospheric performance, full of characterful detail ... the sonics are very good ..." - ClassicsToday.com "Excellent playing; the Netherlands Philharmonic acquits itself admirably throughout, particularly the horns. The engineering is close-up doubtless to minimize audience sounds ..." - ClassicalCDReview.com "... (Kreizberg's) tempo is graceful, the music's jagged edges are softened and supple phrasing minimizes the breathlessness. The result is rather beautiful, thanks to the expressive and refined playing of the Netherlands Philharmonic." - Gramophone Yakov Kreizberg continues his Dvořák series with this recording of Symphony No. 7, widely considered the composer's best symphony, coupled with the repetitive symphonic poem Golden Spinning Wheel, a gruesome take on the Cinderella story, performed here without any cuts by the Netherlands Philharmonic Orchestra.
96 kHz / 24-bit PCM and 2.8224 MHz DSD – PentaTone Studio Masters