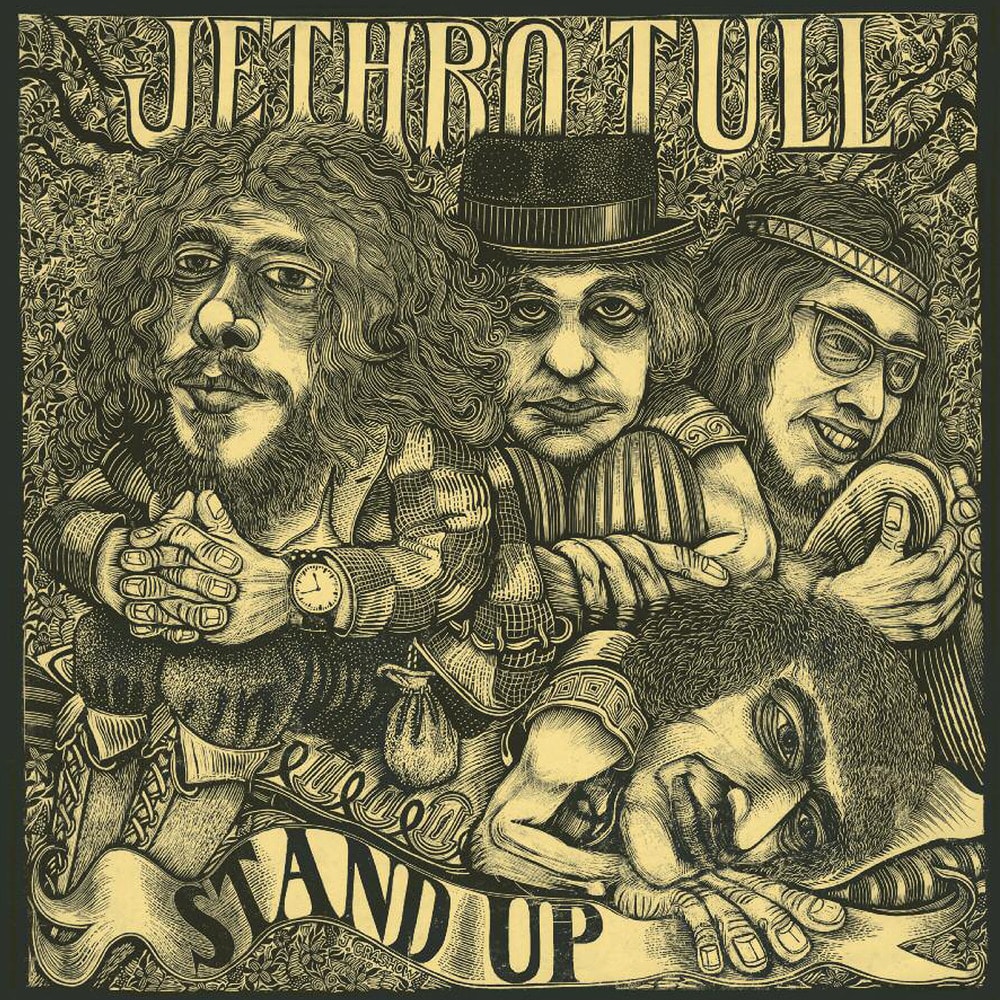 Available in MQA and 96 kHz / 24-bit AIFF, FLAC high resolution audio formats
Stand Up is the second studio album by the British rock band Jethro Tull, released in 1969. Before recordings for the album began, the band's original guitarist Mick Abrahams resigned because of musical differences with Ian Anderson; Abrahams wanted to stay with the blues rock sound of their 1968 debut, This Was, while Anderson wished to add other musical influences such as folk rock. He was replaced by guitarist Martin Barre, who appeared on every Jethro Tull album from this point onwards. Stand Up represents the first album project on which Anderson was in full control of the music and lyrics. The result was an eclectic album with various styles appearing in its songs, yet an album which remained somewhat in the blues rock mould, which would be the last such album from Jethro Tull. The band began recording the album on 17 April 1969, starting with "A New Day Yesterday". All of the songs were recorded at Morgan Studios in north London, but "Bourée" was recorded at Olympic Studios in south London because Morgan Studios was already booked for 24 April. The general routine was that the band would arrive at the studio at 9 am to work on one or two songs which would be finished by 4 or 5 pm. Recording engineer Andy Johns tried some new techniques; for example on "A New Day Yesterday" he achieved a swirling, stereo-shifting guitar effect by swinging an expensive Neumann U67 microphone on its cable in wide circles around the studio. The song "Bourée" proved the most difficult session, with Anderson and the band unsatisfied with any of the takes they recorded. The final version was compiled later from several takes, with more touches added by Anderson. The special edition of the album includes Steven Wilson’s stereo mixes of the original material, along with mono and stereo single mixes for "Living in the Past" and "Driving Song", and the "Morgan Version" of Bourée – record at London’s Morgan Studios on 23 April, 1969.
96 kHz / 24-bit PCM – Rhino Studio Masters