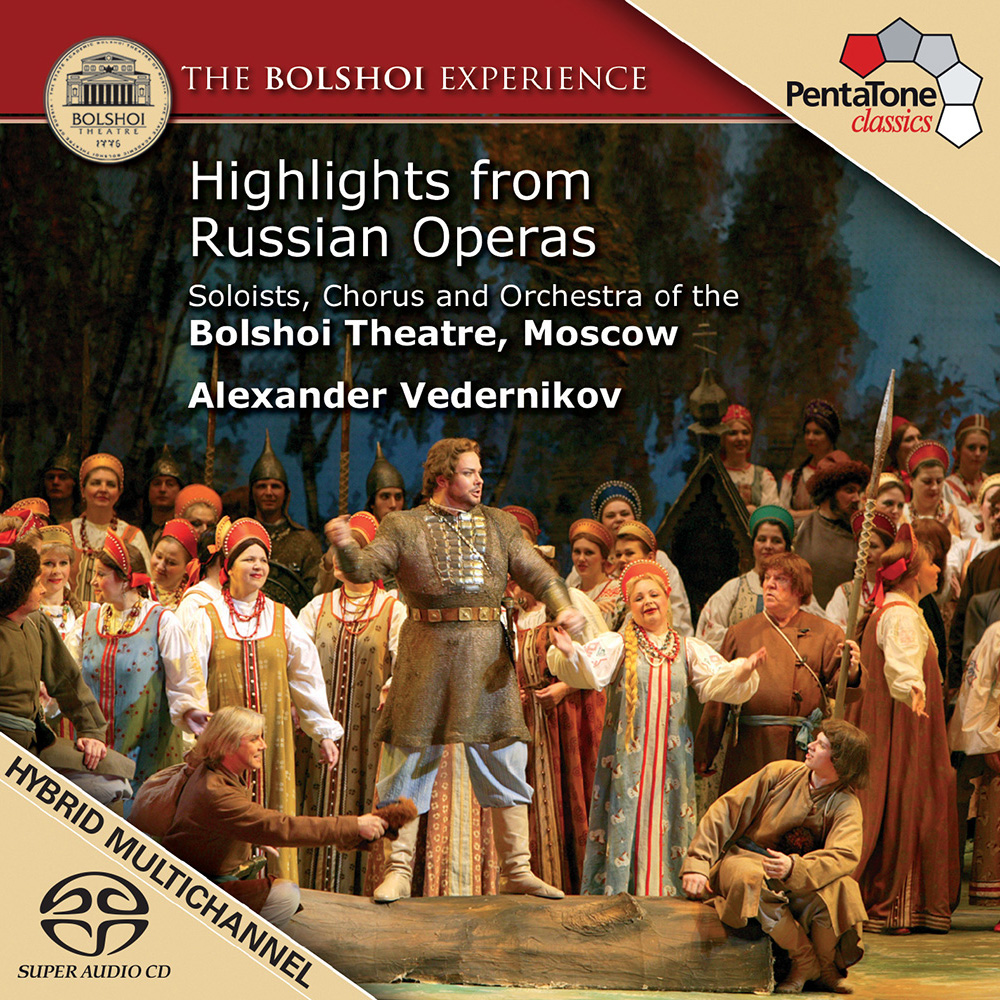 "... an impressive realism to the performances. The chorus and orchestra, among the top contenders in the operatic world, are heard in their full glory with magnificent brass and silken strings."
- MusicWeb International

"Four Stars ... brings a sampling of the typical opera-goers’ experience in one of the great world centers ... one of the most energetic and dramatic versions of the orchestral Polovtsian Dances I’ve ever heard: a grand audiophile wrap up to an interesting survey ... the acoustics of the huge venue are excellent ..."
- Audiophile Audition

Alexander Vedernikov leads the orchestra, soloists and chorus of the Bolshoi Theatre in Moscow on this first volume of Highlights From Russian Operas, including works by Tchaikovsky, Rachmaninov, Glinka and others.
96 kHz / 24-bit PCM and 2.8224 MHz DSD – PentaTone Studio Masters