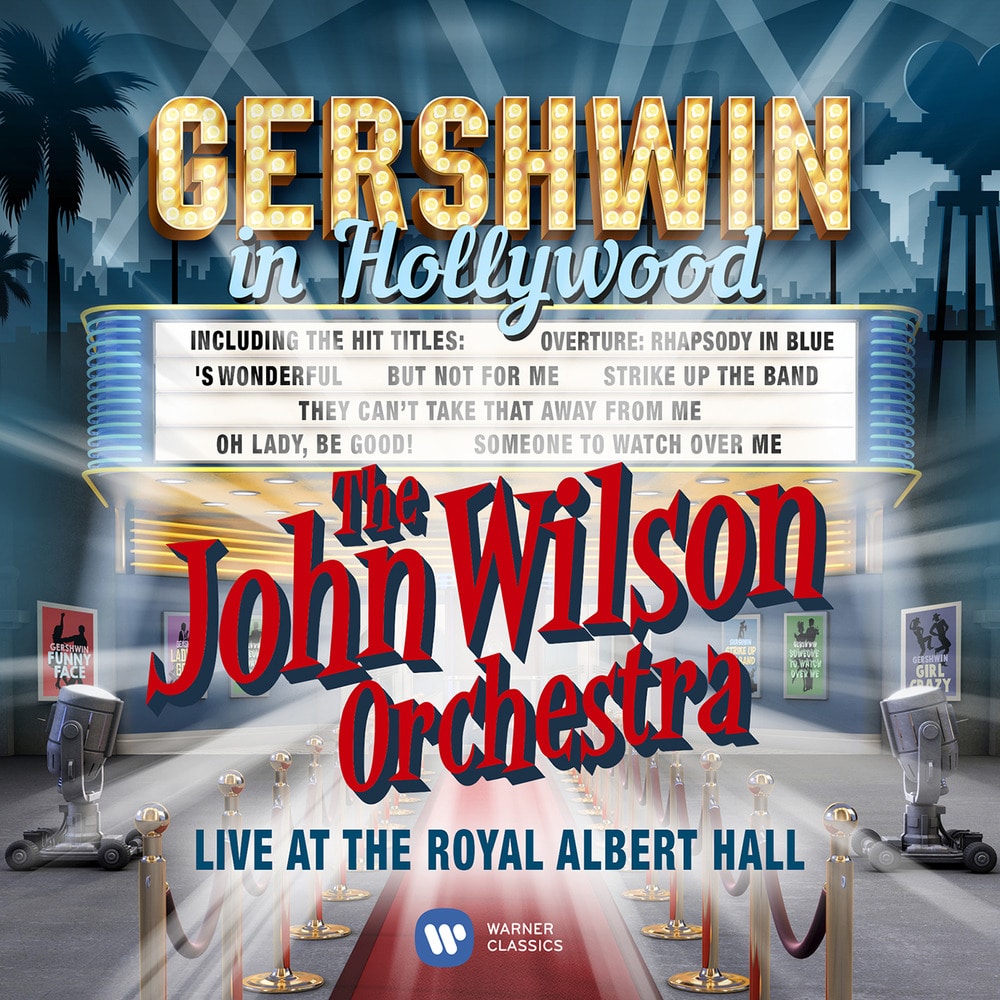 Available in MQA and 96 kHz / 24-bit AIFF, FLAC high resolution audio formats
"I don’t believe there is any such thing as a bad Gershwin song, but the very best of them feature in this luxury assortment…and this being a John Wilson album with his eponymous orchestra, they all wear their Sunday best orchestrations from the days when the silver screen shimmered like never before and Fred and Ginger glided across it." - Gramophone Following their extraordinary debut at the BBC Proms in 2009, John Wilson and his hand-picked orchestra have established a well-earned reputation as THE modern interpreters of the Hollywood musical, regularly garnering rave reviews for their live performances at the Proms and around the UK, as well as their recordings since signing an exclusive contract with this label in early 2011. For this next release, Warner Classics is proud to present Gershwin in Hollywood, recorded live at the Royal Albert Hall, at the culmination of this extraordinary orchestra’s sell-out UK tour in 2015. It includes well-known Gershwin favourites of the American Songbook, such as "How Long Has This Been Going On?", "’S Wonderful" and "They Can’t Take That Away From Me", as well as rarely recorded gems like "Slap That Bass", "Treat Me Rough", and the majestic orchestral "Overture" from the film Rhapsody in Blue. With superb vocals from regular JWO guests Matt Ford and Louise Dearman, and the rich orchestral sound so evocative of Hollywood’s Golden Age, all under the direction of John Wilson, this album captures the thrilling atmosphere of a night to remember.
96 kHz / 24-bit PCM – Warner Classics Studio Masters