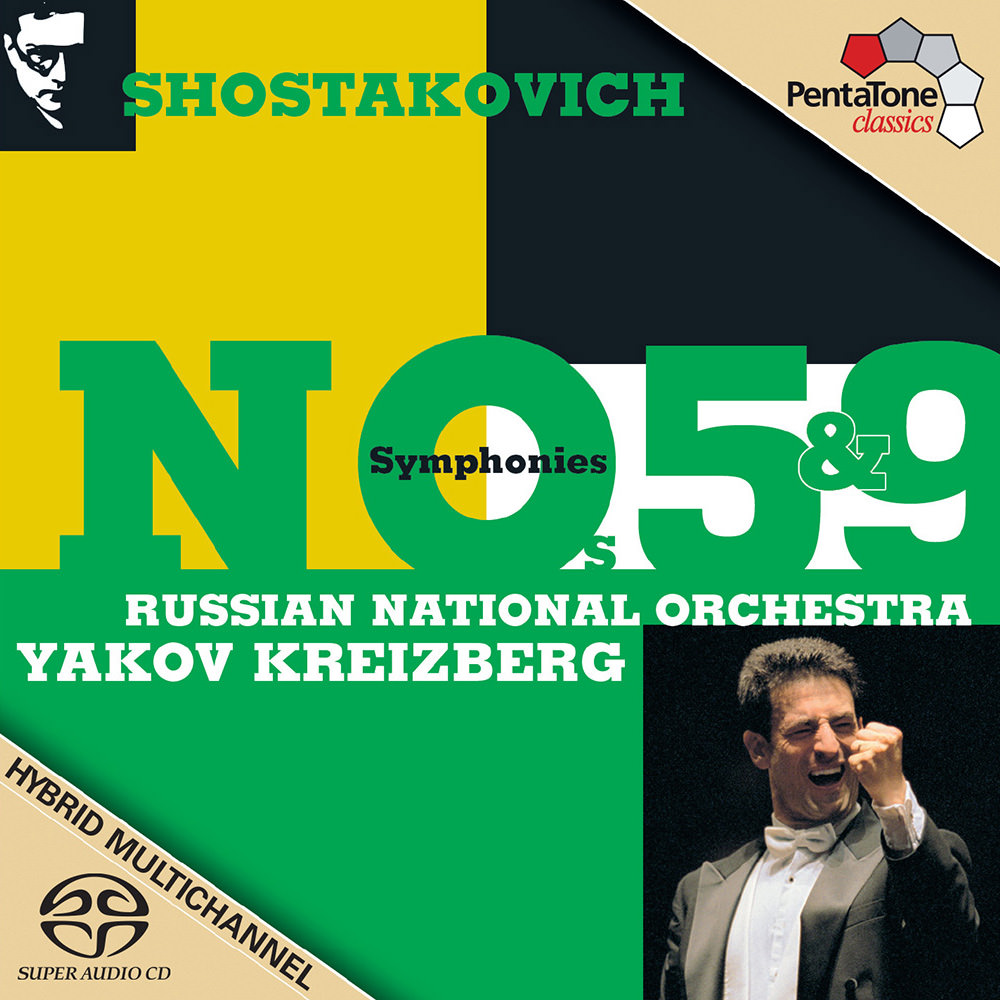 Available in 96 kHz / 24-bit AIFF, FLAC and 2.8224 MHz DSD high resolution audio formats
"Four Stars ... the fourth movement opens with gangbusters thrust and is delivered in a most exciting fashion, matching Bernstein’s super-emotional recording, in much-improved sonics ..." - Audiophile Audition "... The Russian National Orchestra crackles with energy throughout these symphonies ... the Fifth's opening melody is played with a loveliness that instantly grabs your attention ... (Kreizberg) generates plenty of voltage, especially in the Ninth, where this fabulous Russian orchestra comes up with a super-virtuoso response." - Classic FM " ... these are two of the most brilliant and insightful Shostakovich performances to come along in quite a while and that’s saying a lot ... certainly if you’re looking for this coupling, which is becoming a popular one, this is the disc to have ... even more special is the fact that the Ninth is every bit as good ... the RNO plays with 100 percent conviction, and PentaTone’s sonics are extremely natural and well-balanced ... do not miss this release." - ClassicsToday.com Part of a Shostakovich cycle from the Russian National Orchestra led by different conductors, this award-winning recording of two of the composer's essential symphonies is helmed by Yakov Kreizberg with concertmaster Alexei Bruni.
96 kHz / 24-bit PCM and 2.8224 MHz DSD – PentaTone Studio Masters