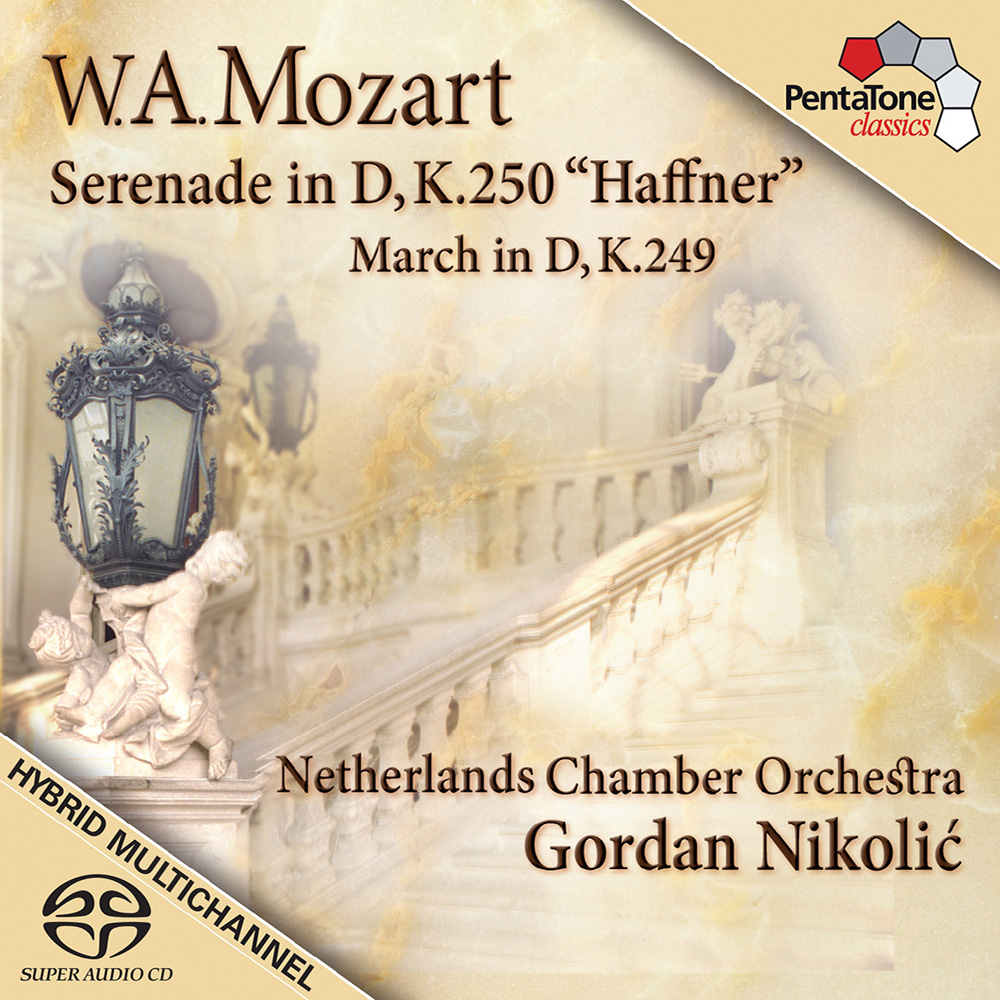 Available in 96 kHz / 24-bit AIFF, FLAC and 2.8224 MHz DSD high resolution audio formats
"... Nikolić shows that he is as superlative a violin soloist as he is a conductor, as unerring in his understanding of lyrical eloquence as he is of dramatic timing. He never puts a foot wrong ... this is a tremendous disc." - Gramophone Gordan Nikolić both conducts the Netherlands Chamber Orchestra and plays the solo violin on this recording of two eternal favourites by Mozart, the Serenade, “Haffner” and the March in D Major.
96 kHz / 24-bit PCM and 2.8224 MHz DSD – PentaTone Studio Masters