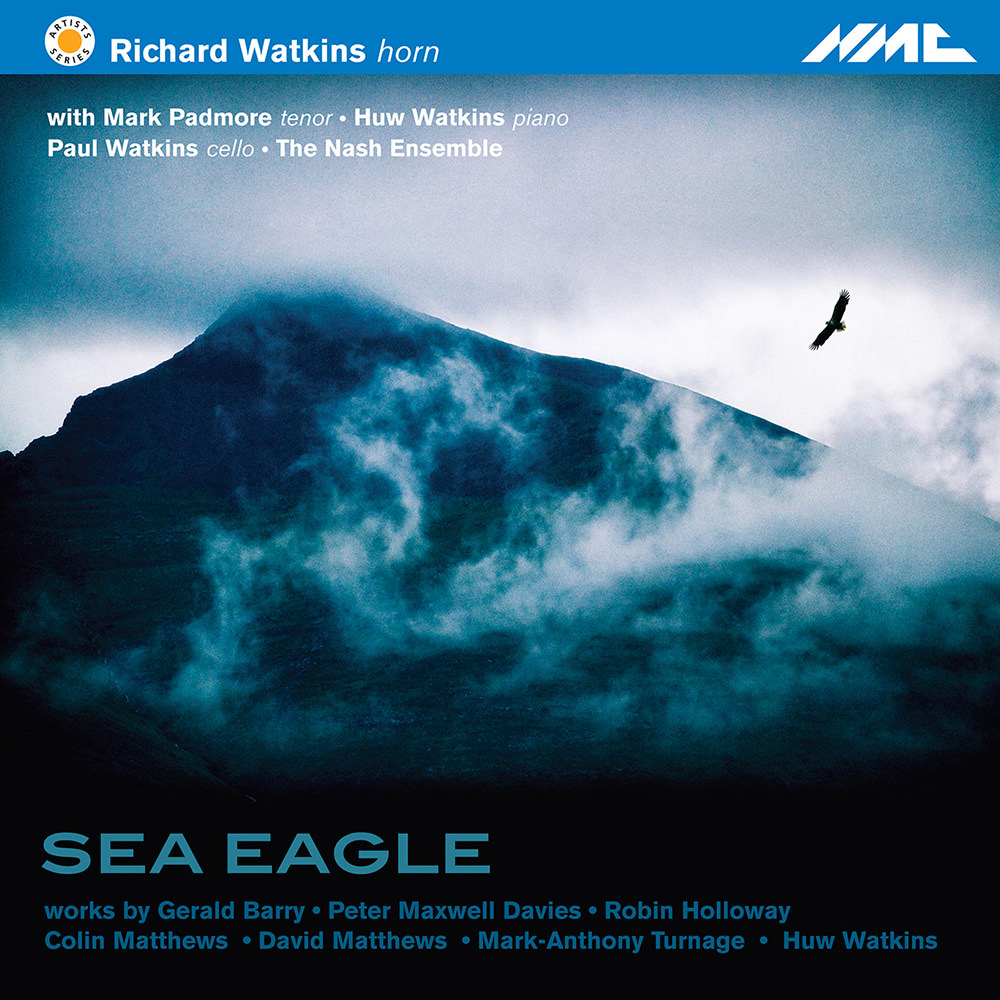 Available in 88.2 kHz / 24-bit AIFF, FLAC high resolution audio formats
Richard Watkins, one of the most sought-after horn players of his generation, is joined on this recording by his group the Nash Ensemble and a stellar line-up of chamber musicians, including brothers Paul and Huw Watkins for an unusual combination of horn, cello and piano. The title work on this album is the solo horn piece Sea Eagle by Peter Maxwell Davies, initially considered by many to be impossible to play but now regarded as an essential part of the horn repertoire and even a set piece for the prestigious Munich Horn Competition. Tenor Mark Padmore presents the unmistakable soundworld of Gerald Barry; his setting of Lewis Carroll’s famous poem Jabberwocky, first sung in French and then repeated more forcefully in German, features some delightfully unconventional horn writing.
88.2 kHz / 24-bit PCM – NMC Recordings Studio Masters